21st Century Fox gets handed down 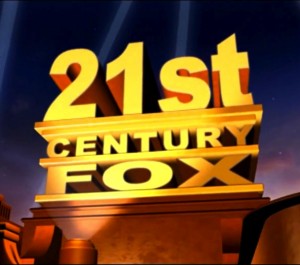 Steve’s breakdown: They are already doing a global media review but keep an eye on these boys because creative reviews could be in the future.

NEW YORK, NY: MEDIA conglomerate 21st Century Fox has announced that Rupert Murdoch’s two sons would assume new leadership roles in the company, continuing his plans to keep control of the company in his family.

The appointments, effective from July 1, have been telegraphed to investors and analysts for months.

The company said corporate functions and its global television and film operations would report jointly to both men.

The elder Mr Murdoch would stay on as executive co-chairman of the company he started in 1954 with a single newspaper in Adelaide, Australia.

As part of the executive changes, Chase Carey will step down as chief operating officer at 21st Century Fox.

Widely respected on Wall Street as a stable force at the company and long a trusted adviser to Rupert Murdoch, Mr Carey will continue to work as an executive vice-chairman until June next year.

In a shift, Roger Ailes, the CEO of Fox News, would report to Lachlan and James Murdoch although he would “continue his unique and long-standing relationship with Rupert”, 21st Century Fox spokeswoman Julie Henderson said.

Mr Murdoch has long desired that his children take over his $80bn global media empire, which includes both 21st Century Fox and News Corporation.

The Murdochs retain effective control of the company through a dual-class stock structure that gives them more influence than ordinary shareholders.