A new category to pitch: Marijuana

A new category to pitch: Marijuana 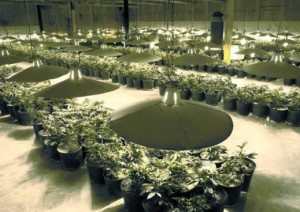 Steve’s breakdown: This is a lead that will continue to expand year-after-year so you might as well positioned for it. Colorado & Washington agencies, you go first.

DENVER, CO & SEATTLE, WA: For marijuana entrepreneurs like Ean Seeb, the legalization of recreational marijuana use in Colorado and Washington in Tuesday’s election is more than a game-changer.

“I think it’s about damn time,” said Ryan C., a nursery operator in northern Washington state who said he expects to add to the 12 marijuana plants he already grows in his greenhouse. “I have 30,000 square feet of greenhouses, so I was pleased.” Ryan, who has a license to supply a dispensary, didn’t want to use his last name in order to “keep some part of professionalism,” he said.

The legalization of recreational marijuana will create a new industry that may in turn fuel a local business boom, with staggering potential economic impact. According to a survey by the National Cannabis Industry Association, the Colorado medical marijuana industry generated more than $181 million in sales since 2010 and employed 4,200 state-licensed workers. Aaron Smith, executive director of the NCIA, said those numbers may increase tenfold with legalization.

“The medical marijuana industry only accounts for 10 percent of the [marijuana] consumers in Colorado, which means there’s another 90 percent obtaining marijuana somehow in the black market,” said Smith. “Now that securing marijuana will be easier, like showing ID to buy a six-pack of beer, there will be significant growth in the market.”

National pot sales may surge into tens of billions of dollars if more states follow Colorado and Washington, Smith said. California, he predicted, will be “the next state on the list. That’s a huge market.”

In Washington State, where 56 percent of people voted in favor of the initiative to legalize, a variety of industries may benefit, according to Alison Holcomb, the campaign director at New Approach Washington, the main lobbying group for the initiative.

“I imagine there are some farmers who are interested in adding this crop to the rotation,” Holcomb said. “Bakeries and places that make beverages could also apply to produce marijuana-infused products.”

“I’m a little hesitant to do something like [bake edibles] because of the federal laws,” said Emily Brune, owner of Starlight Desserts in Seattle. “I would like it if bakeries could sell [edibles] because it’s a safety issue just to have people making things in their homes,” Brune said. “But it’s too much risk. If I lose my business I could lose my home.”

Most local business owners not already involved in pot production have similar opinions, according to James Morse, owner of Little Rae’s bakery in Seattle. “The feds would kick our booties,” he said. “I haven’t heard of anyone talk about making pot infused products.”

“I would have to be completely protected from federal laws before I would jump into that,” Morse added.

But Smith said he’s optimistic when it comes to the crossroads between marijuana businesses and the federal war on drugs. “Two states have moved beyond medical marijuana laws,” he said. “Voters have stood up and said not only do they support this, but they want to see the system expanded. That could create great pressure on the federal government to start moving in the right direction to harmonize federal law with the will of the voters.”

Seeb of the Denver Relief Medical Marijuana Center, who has operated his business for more than three years, noted the medical marijuana industry isn’t under threat by federal laws. “This is an eye opener,” Seeb said. “The negative stigma associated with marijuana is rapidly changing. My hope and my belief is that we are just at the initial stages of seeing large social change.”

Seeb said his business may actually decline due to the new law, if some of his 300 to 500 patients migrate to recreational marijuana sellers. Still, he’s glad for the change.

“Fundamentally speaking, I got into this business because I felt marijuana for use by anybody should be allowed,” Seeb said. “As a business owner, and as someone who believes in power of marijuana, I couldn’t be happier that it passed.”