Al Jazeera needs to get more Brits on board: PR Review

Home Accounts in ReviewAl Jazeera needs to get more Brits on board: PR Review

Al Jazeera needs to get more Brits on board: PR Review 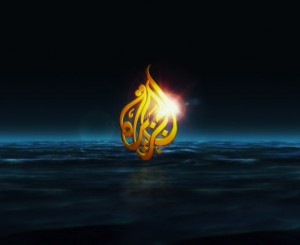 Steve’s breakdown: Al Jazeera is possibly the most interesting story in the media business. I was excited that Current TV was bought by them and believe they will be a major influence here in the United States.

In this story, Al Jezeera put’s its UK PR in review.

LONDON, UK: Al Jazeera is once again on the hunt for a UK PR firm as it makes a renewed bid for relevance in the country’s crowded media market.

The Qatari company has invited a number of agencies to respond to the RFP, which comes less than two years after it hired Burson-Marsteller UK for a similar brief.

In particular, the channel is aiming to continue combating myths that have seen it labelled a “terror mouthpiece” by right-wing media outlets. Instead Al Jazeera English wants to promote its news coverage, which has won numerous awards and generated plenty of critical praise, across TV, online and mobile.

A Burson-Marsteller spokesperson confirmed that the firm had received the RFP but declined to provide further comment. It is understood that the agency is continuing to service the business while the review takes place.

Despite launching in the UK seven years ago, Al Jazeera has struggled to crack the UK market. One source familiar with the company said that it had been distracted by its recent US launch, following the acquisition of Current TV.

In addition to its distribution on Sky and Virgin, Al Jazeera has a 24-hour channel on Freeview. Al Jazeera English currently broadcasts to over 260m households across 130 countries.