As we forecasted this summer, Groupon goes into review

Home Accounts in ReviewAs we forecasted this summer, Groupon goes into review

As we forecasted this summer, Groupon goes into review 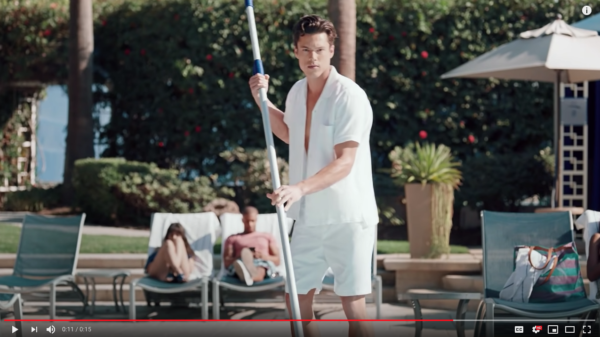 Steve’s breakdown: We saw the writing on the wall when Groupon brought in Grand Prix Titanium at Cannes winner, Craig Rowley from REI to be CMO. (See our prediction below)

Now it looks as if the review has already started with DDB as one of the contenders. We hope you were listening before and you’re already in the pitch.

CHICAGO, IL: Groupon has confirmed that it has placed its creative account into review.

“After working to evolve our product and business, it’s the right time for us to open up our creative account to make sure our brand mirrors that progress,” a Groupon spokesperson said in a statement. “While we’re pleased with the work we’ve done, we want to consider all perspectives on how we can build on the momentum of a massive local marketplace that helps people enrich their lives by discovering the world around them. We’re excited to see what the teams involved come up with.”

Incumbent O’Keefe Reinhard & Paul (OKRP), which was selected as Groupon’s creative agency of record in 2016, said it will not be competing to defend the account. “We are very proud of the work we have done in helping Groupon find its voice as a company that is about experiences and embracing the local marketplace,” an agency spokesperson said. “We wish them continued success.”

According to three people close to the review, Omnicom-owned DDB is competing for the account. That agency did not return a request for comment. Groupon is headquartered in Chicago.

OKRP debuted its first work for Groupon shortly after it was named AOR in 2016 with a 30-second spot that shifted the creative from focusing on the goods the ecommerce company sells to the experiences it provides for its customers. OKRP’s 2018 Super Bowl ad starring Tiffany Haddish for Groupon shifted the approach a bit further to position the company as a driver of not just experiences, but local experiences.

When OKRP was awarded lead creative duties, Publicis Groupe’s Spark Foundry (then known as Mediavest | Spark) was handed its media account. The Groupon spokesperson said planning and buying duties are now handled by TwoNil, a media-marketing agency in Los Angeles. It is unclear when that change occurred but Spark Foundry confirmed it no longer works with Groupon.

The review comes after Groupon appointed Craig Rowley, the former VP of marketing for retailer REI, as its chief marketing officer in May. Rowley, based in Seattle, also spent time agency-side at shops including Saatchi & Saatchi, Carmichael Lynch and Young & Rubicam (now VMLY&R).

At the time Groupon brought OKRP onto its business, it was in the midst of a company turnaround. As a daily deals site founded in 2007, Groupon was attractive at its start to recession-wary consumers looking for bargains but lost a lot of that momentum in the years following. Most recently, in August, Groupon reported a 14 percent sales decline in the second quarter, blaming decreasing customer and traffic numbers. Zacks Equity Research analysts said in a report on Groupon’s earnings in August that the company’s shift in focus to local services from its deals on goods is hurting the company’s revenues.

According to Kantar estimates, Groupon spent just under $52 million on measured media in the U.S. in 2018 and approximately $42.8 million during the first half of this year.