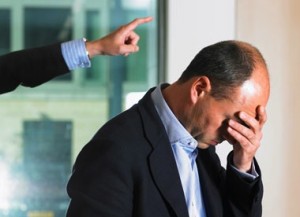 Steve’s breakdown: The Street has published a list of 5 CEOs who should probably go in 2013.

Do we believe all these companies will be new business leads in 2013? No but if you’ve been following us, you know we think Best Buy, Netflix and Pandora top our list of the 5 mentioned here.

NEW YORK, NY:  I use “will” in the title of this article out of optimism, out of hope that companies in various sectors will wake up and create some Yahoo! (YHOO)-like excitement.

Look what happened over there. The company showed some pluck, hiring a young, pregnant, first-time CEO.

Since Marissa Mayer came aboard, Yahoo!’s stock is up roughly 25%.

Investors love it when boards make bold moves. After about a half dozen really bad moves, Yahoo’s board triggered optimism. For as pessimistic as we can be, investors love reasons to be optimistic. We look for them.

If Mayer doesn’t come through, her stock will lose momentum faster than the NHL lockout talks, but that’s part of the excitement of going for broke in a risky and fresh, yet competent, way.

That’s what we need at the following companies. More than firings. We need thoughtful reorganizations, which may or may not include outright dismissals of the current CEOs.

I cluster Netflix and Zynga because the respective CEOs, Reed Hastings and Mark Pincus, have so much in common.

I initiated this line of thinking in “Netflix Happens When a CEO Has Too Much Power.”

The smartest move Zynga ever made post-implosion was putting Pincus out there a little bit. For instance, the company recently permitted The Wall Street Journal to print an as-close-as-it-gets-with-these-guys, behind-the-scenes look at the CEO’s emotional response to his company’s problems.

Zynga needs to take several more steps. Continue to humanize Pincus. Change his image from egomaniacal enigma to the likable guy he probably is.

Netflix hardly seems inclined to take step one in this direction with Hastings. But it’s imperative.

Lots of folks have a negative image of Hastings. That’s a problem he helped create by running such a tight ship from a public relations standpoint. When he screwed up last year, Netflix did a YouTube video that backfired. You’ll never convince me that the response was not an almost, if not completely unilateral decision by Hastings.

Netflix needs to take a similar approach to Hastings as Zynga is taking with Pincus. Zynga’s smart. It’s humanizing its polarizing CEO in a conscious and genuine effort.

Netflix can no longer allow the meme of an egomaniacal, narcissistic Reed Hastings to fester. It allows books to get written and articles printed without giving authors intimate, even if off-the-record and informal, access to Hastings.

I talk to several people who know Hastings relatively well. They have nothing but nice things to say about the guy. He’s apparently a pretty good dude.

Netflix has done nothing to shift public perception in this probably closer-to-accurate direction. In fact, the moves it makes (and does not make) produce the opposite outcome.

Netflix and Zynga should publicly “fire” Hastings and Pincus and “reassign” them as founders and chief strategy officers. Just like Tim Westergren at Pandora(P). People respect Pandora management, even if they don’t see eye to eye on its future.

Let’s face it, visionaries such as Hastings and Pincus have no time for the public relations/media game when they’re trying to focus as visionary and CEO.

Few can pull off the Steve Jobs balancing act of genius, good guy/bad guy and narcissist all at the same time. There’s nothing wrong with being a “bad guy” or even a “narcissist” as long as you moderate these qualities privately (which I am certain Hastings and Pincus do) and publicly (which both need to start or continue to do).

Take some heat off of Hastings and Pincus. Give them time to strategize long-term and craft better public images with the checks, balances and coherent plan a new CEO will put in place.

Best Buy (BBY). Hubert Joly was a mistake. Bottom line. Fire his butt, but be nice in the process.

Position the move as a success: We brought this guy in shore up some internal, organizational things. He basically acted as a consultant. It was invaluable, now we take the next step and elevate Stephen Gillett (heck, even call him our “Marissa Mayer”) to CEO.

Trust me. People across spaces, particularly in tech and retail with a pulse (e.g., Starbucks (SBUX) respect this guy. It’s time for Best Buy’s Board to wake up and do likewise. If its doesn’t, he’ll simply move on to a company where he actually has a real chance to incite change.

I have to question Bill Gates’ sanity. He’s buds with Steve Ballmer. I get that. But, man, the guy is running Microsoft into the ground.

It’s easy to do what Ballmer is doing: feign actual visionary change. That’s all the Surface tablet and a traditional/touch-screen Windows OS is. It’s not to say Surface is awful hardware (though you legitimately could) or Windows 8 is bad software (it’s not, at least from cosmetic and basic-use standpoints), but it has not/will not wow people enough to change the game.

Apple (AAPL) makes the rules. Microsoft, along with Hewlett Packard (HPQ) (Meg Whitman makes CEO No. 5 who needs to lose the title), play by them.

Meg says naturally, HP must do a smartphone. That’s weak. And it’s not much different at Microsoft. Apple made touch screens, smartphones and tablets the standard; Ballmer fell in line. No true innovation. Nothing new.

And the worst part of it all, Ballmer can take Xbox and wrangle complete control of the living room. That’s what Microsoft’s next CEO needs to do — go after Apple where there’s actually a realistic chance of winning or, at the very least, making a dent.

So what moves do I actually think will get made? I could see them all happening, believe it or not, but following is the order of perceived likelihood: