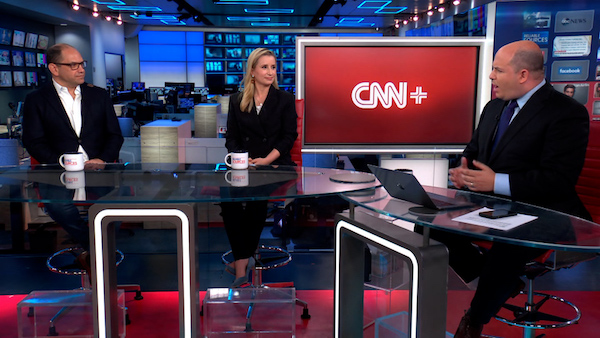 Steve’s breakdown: This kinda scuffs up the CNN brand. I mean, it was kinda a redundant idea. CNN is 24 hours/day. Why would anyone need CNN+?

NEW YORK, NY: Warner Bros. Discovery has decided to shut down CNN+, the ballyhooed streaming service that had been intended to bring CNN into the digital future, just weeks after its splashy debut, according to two people familiar with its plans.

The service is set to cease operations on April 30. Andrew Morse, CNN’s chief digital officer and a key architect of the streaming strategy, will step down, another person said.

Chris Licht, the incoming president of CNN, called an all-hands meeting among CNN+ staffers for noon on Thursday to share the news.

But the service’s fortunes changed abruptly after CNN’s former parent, WarnerMedia — owner of the prestige TV powerhouse HBO and the storied Warner Bros. film studio — completed its merger with Discovery, home to reality TV hits like “90 Day Fiancé” and the home-improvement gurus Chip and Joanna Gaines. Since the merger closed earlier this month, doubts have swirled over the future of CNN+, which was promoted to CNN employees and subscribers as the future of the network.

Jason Kilar, WarnerMedia’s chief executive, and Ann Sarnoff, the top executive of the WarnerMedia Studios, have both announced their departures from the company.

CNN had planned to spend more than $1 billion on CNN+ over four years, according to people familiar with the matter, budgeting for 500 additional employees, including producers, engineers and programmers, and renting out an additional floor of its offices in Midtown Manhattan to accommodate them.

But the newly formed company has its own corporate priorities that could conflict with the big spending of CNN+. As part of its deal with former WarnerMedia owner AT&T, Discovery executives agreed to assume $55 billion in debt, which executives are now under pressure to repay. The company also said it would find $3 billion in savings between the two companies, which could result in belt tightening at some divisions.

In February, as CNN was preparing to release the streaming service, the network was torn by the departure of Mr. Zucker, its long-serving president who resigned after failing to disclose a relationship with the network’s marketing chief. Mr. Zucker was a champion of CNN+, and his exit meant loss of the most prominent proponent of the service at the network.

Still, the network forged ahead. In February, addressing a group of anchors and executives stunned by Mr. Zucker’s departure, Mr. Kilar said that the streaming service was integral to the future of CNN. And in March, as the merger with Discovery loomed, CNN held a launch party for the new service at Peak, a sleek restaurant and bar at 30 Hudson Yards not far from the network’s New York offices. At the party, CNN announced that Ted Turner, the voluble founder of CNN, was the service’s first subscriber.