Dot.AnythingYouWant is coming and they will all need advertising 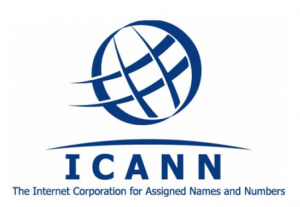 Steve’s breakdown: The cat is about to get out-of-the-bag. The can-of-worms is about to be opened. The genie is about to be let out of the bottle. ICANN tomorrow will reveal who is going after what new domain extensions, paving the way for a very different looking Web. Prepare for dot-madness.

And then dot-opportunities for your agency!

EVERYWHERE USA: Frank Schilling made his fortune in the aftermath of the dot-com bust, buying up thousands of domain names others didn’t want. He kept at it, aggressively building a portfolio of more than 320,000 domains that, through a combination of ads and outright sales, have made Schilling a decamillionaire many times over.

Now the 43-year-old domainer is going after what he sees as a far bigger opportunity. He’s put up $60 million of his own money to stake his claim on a giant, emerging piece of the Internet — the opening up of so-called generic top-level domains, or gTLDs, to include pretty much anything. The king of all domain extensions — .com — is under attack as never before.

“This is absolutely the future,” says Schilling, whose new venture, Uniregistry.com, has applied to run 54 new top-level-domains. “We’re at this point where the dot-com name space — the entire name space — is exhausted.”

It’s a massive, six-year-long undertaking that has the potential to radically reshape the landscape of the Internet. By the end of the year, we could begin to see companies branding things very differently. Canon has said it plans to ditch Canon.com in favor of using .Canon. Google could use Movies.YouTube. And you, dear frustrated domain-buying consumer, could eventually find it a whole lot easier to register a domain name you want without having to pay fat prices that Schilling and his ilk demand on the aftermarket.

It’s not just the hard-core denizens of the domain world that are going after new TLDs, which are also known as “strings.” Others are jumping into the fray. The most intriguing is Google, which in late May revealed that it’s applying for an undisclosed number of strings, including .Google, .YouTube, .docs, and .lol. (“Despite the great opportunities the Web has enabled for people around the world, there is still a lingering question about the diversity of the domain space,” Google’s chief Internet evangelist, Vint Cerf, wrote in a blog post).

Demand Media, whose business includes Go Daddy competitor eNom, has said it’s spending $18 million to go after 26 strings. And a number of lesser-known companies are competing — some of which, like Schilling’s new business, have sprung up specifically to participate in this digital landgrab.

“We’ve made more than $100 million in bets,” says Dan Schlinder, a co-founder of Donuts.co, which raised venture capital money to go after 307 strings that it won’t reveal before tomorrow. (Notice that the new company’s name sits on a .co and not a .com. Why? Because Donuts.com is a parked site owned by a domainer who wanted far more than Shlinder and his team would pay).

Avoiding land mines
All told, these companies have applied for 1,900 strings. Yet even after tomorrow’s big reveal, as it’s known, a whole lot of messy work awaits. Brands such as Google will simply get their TLDs because of their trademarks. Other claimed brand names will surely lead to disputes, Even countries can protest names.

“It’s going to be a minefield fraught with delays,” predicts Schindler.

Then there’s the overlap problem. Here’s an example: Both Schilling and Google want .lol, as might others. Schilling also wants .home, which happens to be on Go Daddy’s shopping list as well. And that’s just two. Collisions will doubtless occur on many of the best generic names: .music, .free, .cars, .game, and on and on to dot who-knows-what.

This is hardly surprising. Choosing strings, like speculating on domain names, includes a bit of instinct, but it’s far from random. Donuts.co., for instance, used proprietary software to help it come up with its list, examining 25 parameters that include popular search phrases on Google as well as keyword bidding trends.

All this will lead to months of backroom negotiations. ICANN is asking those involved to try to work out deals. Only when that fails will ICANN hold an auction for the names. Presumably, the big shots like Google will get what they want, but not necessarily. The smaller firms could, for instance, try to team up with a competitor or bring on more investors.

“We may have to fold on some of these,” says Schilling, “but we’ll try to take them all to auction.”

Even after this all shakes out, with much of it stretching into 2013, these new registries will have a ton of work and deal-making to do. Think about it. Of the 22 gTLDs already out there, most are shadows of the giant that is .com, which now claims more than 100 million domain names. Who do you know who uses .pro or .museum?

“We’ve been living in a .com world since the dawn of the Internet,” says Warren Adelman, the CEO of Go Daddy, which in addition to .home, also applied for .casa and .GoDaddy. “Whenever you’re doing something other than .com, it’s kind of swimming upstream.”

Struggle for shelf space
Which is why all these new players will want Adelman’s help making that arduous swim. Go Daddy, after all, sells more than half of the domain name registrations in the world. So while these new registries will be technically allowed to sell names directly to consumers, acting also as the registrar, they’re going to need partnerships and marketing help to get any attention.

“There’s going to be a struggle for shelf space,” says Schindler.

Just look at the fastest-growing new TLD on the scene, .co. Entrepreneur Juan Diego Calle worked tirelessly to land a contract with the government of Colombia to commercialize the country’s TLD — beating out Verisign for the contract — and then proceeded to spend millions marketing the extension.

He’s advertising heavily across the Web, has sponsored many events, and struck a partnership with Go Daddy. The two even advertised together in the last two Super Bowls. The result is that .CO Internet, which launched to the public in July 2010, now claims 1.3 million registrations and is a profitable company.

“Many of the companies involved in this are simply hoping that Go Daddy will add their TLD into its store and they’ll sell millions the next day,” said Calle, who is going after 13 new TLDs through the investment company that backed .co Internet. ” That’s what they are betting on, but it won’t be the case.”

The other bet is that big, known brands will do the marketing for all these new domain extensions, creating consumer awareness via ads on TV, outdoor billboards, and elsewhere. If enough companies start promoting their companies on their own extensions — imagine Drive.BMW or Run.Nike — the hope is that will shift attention to a world other than .com. Then, when a restaurant needs a Web site, for example, it won’t need WeHaveGreatFood.com, but instead will go for WeHaveGreatFood.Restaurant.

To Schilling, who’s based in the Cayman Islands, this all resembles the mid-1990s, when big companies started promoting their brands on .com names, seeding the idea that .com was the premium name for all businesses and, ultimately, individuals.

Perhaps. But such a shift will likely take years, or even decades. Along the way, many new domain extensions will likely fail, unforeseen problems will arise, and speculators will find ways to make money off those TLDs that gain traction. Unlike when Schilling started out, however, one thing is very different: No one is dismissing the Internet as over.