New Film Division could use some advertising stars

Home Industry: Media/Pub/EntNew Film Division could use some advertising stars

New Film Division could use some advertising stars 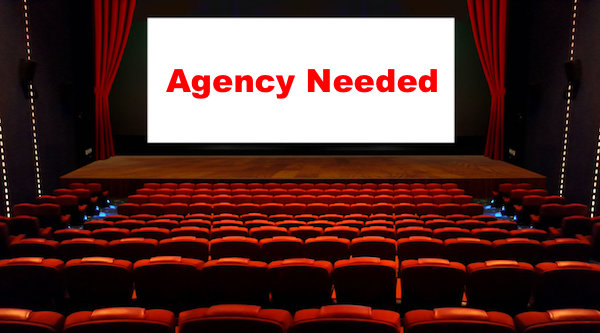 • Mattel Films is a new division in the toymaker’s company aimed at developing and producing movies based on its iconic brands.

• The division will be led by Academy Award-nominated producer Robbie Brenner, known for her work on “Dallas Buyers Club,” “Mirror Mirror” and “The Fighter.”

• This company has no idea how to market any of this, let alone figure out to leverage the movies to sell toys. That’s your cue!

EL SEGUNDO, CA: Mattel is turning to Hollywood to solve its sales woes.

The toy company said Thursday that it has created a new division aimed at developing and producing movies based on its iconic brands. Mattel Films will be helmed by Academy Award-nominated producer Robbie Brenner, known for her work on “Dallas Buyers Club,” “Mirror Mirror” and “The Fighter.”

She will report directly to Mattel CEO and Chairman Ynon Kreiz, who has more than two decades of experience in the media and entertainment industries, particularly children’s entertainment.

“Generations of children around the world have grown up with deep emotional connections to Mattel’s brands and characters,” Brenner said in a statement. “There are so many stories to be told and so many imaginations to be captured by these iconic brands.”

Mattel’s rival Hasbro has excelled in taking its properties and translating them to successful television shows, movies and online videos. Theatrical releases of its “Transformers” films alone have grossed more than $4.37 billion at the international box office.

Hasbro Studios also produces online shows, including “Littlest Pet Shop,” “My Little Pony” and “G.I.J.O.E.,” which each has its own line of toys.

Mattel has also ventured into web series, launching online shorts with brands such as Barbie, Monster High and Polly Pocket. Its most famous doll, Barbie, has even been featured in a number of home-release films but has yet to grace the big screen in a Mattel-produced film. (She did appear in Pixar’s “Toy Story 2” and “Toy Story 3.”)

Venturing into film production could be a catalyst for sales for Mattel. Like the rest of the U.S. toy industry, the toymaker has been hit hard by the liquidation of retailer Toys R Us and said the closure of its biggest customer dented its gross sales by 10 percent in the second quarter.

Despite overhauling the company’s management team, suspending its dividend and developing plans to cut $650 million in costs, the maker of Barbie and Hot Wheels has been unable to revive sales. In July, the company said it would be cutting 2,200 jobs, or about 22 percent of its global non-manufacturing workforce. These job cuts come just months after the company said it was shuttering its New York office, affecting about 100 employees.

Mattel has been hurt by weak sales of its iconic brands such as American Girl Doll and Fisher-Price as more children gravitate toward video games and electronics instead of traditional toys.

This entertainment push is not unexpected from Kreiz. He is the former CEO and chairman of Maker Studios, which was sold to The Walt Disney Company in 2014. Prior to that he was the chairman and CEO of Endemol Group, one of the world’s largest independent television production companies.

Earlier in his career, Kreiz co-founded Fox Kids Group Europe, a children’s entertainment company, which was also acquired by Disney in 2002.

“Mattel is home to one of the world’s greatest portfolios of beloved franchises, and the creation of Mattel Films will allow us to unlock significant value across our IP,” Kreiz said in a statement.

Despite Kreiz’s background, there certainly is risk to the new strategy. Hasbro, for example, aborted its attempt at operating a television cable network in partnership with Discovery. After the network failed to gain traction against The Disney Channel and Nickelodeon, Hasbro sold off the majority of its ownership to a partner.