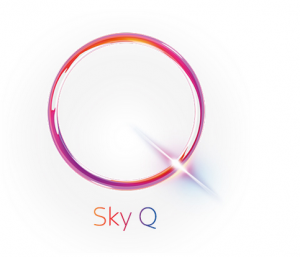 Steve’s breakdown: Sky Q is a new fun way to watch TV and they should use an American agency to bring it to America. That said, the Sky tagline “Believe in Better” makes me want to puke.

It’s almost as bad as lines that are questions. “Got Creativity?” People, we need to help these folks so get in there.

LONDON, UK: Sky has unveiled a new premium set-top box and “best of the web” streaming service as it looks to keep apace with viewers attracted to new TV services including Amazon, Apple and Netflix.

Sky says that the new service, called Sky Q, is arguably the biggest product innovation since it launched the Sky+ box back in 2001.

Sky Q, which will launch next year, will allow viewers to watch shows on up to five different screens and has five times the amount of programme storage capacity of its current set-top box.

The new service even has a re-invented remote control with a touchpad, to allow scroll and swipe, an innovation that Apple TV introduced.

The new service is aimed at keeping up with the innovation of new US rivals such as Apple TV, which launched an upgraded service in October, Amazon and Netflix, and viewers who are increasingly tapping into different ways of viewing.

“Think of Sky Q as something that is beyond a box,” said Stephen van Rooyen, chief marketing, sales and digital officer at Sky. “It is an eco-system of products. The important thing is it allows you to consume programmes in and out of the home across more screens than ever before. It is about more than just TV content, we are bringing the best of the web to the big screen.”

Sky Q will also enable viewers for the first time to save recordings from their set-top box onto a tablet so they can watch them anywhere.

Sky said that this feature was the “number one requested” additional feature that customers have said they want to extend their viewing experience beyond the living room.

Analysts at Citi also said that free-to-air players such as ITV and Channel 4 are also likely to be affected if Sky Q gains traction as it will allow a vastly greater amount of time-shifted viewing – recording and watching later – where viewers skip ads.

“Sky Q will encourage ad skipping and compromise monetisation of non-linear viewing via native apps (eg ITV Player),” said Thomas Singlehurst, analyst at Citi. “From a user perspective we think this could be a further driver of loyalty/advocacy which could drive better growth for the core platform via better retention and more robust pricing.”

Sky said that the new set-top box will be available in the UK and Ireland in early 2016 and that it would reveal the pricing closer to launch.

The new box will join existing products including Sky +, the backbone of its service, and online streaming service Now TV.

“We wanted to re-imagine TV so that it’s flexible and seamless across different screens and to put a huge choice of entertainment at [viewers’] fingertips,” said Jeremy Darroch, chief executive of Sky.