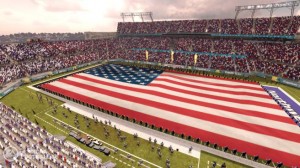 Steve’s breakdown: Since we are all in a football state-of-mind this Thanksgiving, we thought we’d talk college for a moment.

Now that we know who’s going to be airing the new college playoffs, read below, how are you going to win new business leveraging them. Simple, go local. There’s going to be an entirely different attitude towards these playoffs and you should go to every near by college team and start pitching marketing.

EVERYWHERE, USA: Walt Disney Co.’s ESPN has reached a 12-year agreement to carry all of the postseason games tied to the new college football national championship system starting after the 2014 regular season.

The accord runs through January 2026, ESPN said today in a statement. Financial terms of the agreement in principle weren’t given. The Sports Business Journal reported the deal for the playoffs and championship is worth more than $7 billion, citing people in the industry it didn’t name. That would square withearlier predictions that half a billion dollars might be the starting point for negotiations.

Sports continues to be one of the hottest areas in TV, where networks and marketers are eager to find programming that viewers will watch live. Yesterday News Corp. said it had agreed to buy a 49% stake in the YES Network, which had just struck a deal to carry Yankees games through 2042. News Corp. is also planning to begin a national sports network to challenge ESPN.

ESPN, however, just locked up one of the most interesting new rights packages available. “Because of college football’s widespread popularity and the incredible passion of its fans, few events are more meaningful than these games,” ESPN President John Skipper said in the statement. “We are ecstatic at the opportunity to continue to crown a college football champion on ESPN’s outlets for years to come, the perfect finale to our year-round commitment to the sport.”

ESPN is in the middle of a four-year agreement to televise the Bowl Championship Series, which crowns a national champion. The network shows the Rose, Sugar, Orange and Fiesta Bowls, as well as the BCS championship.

The title games on ESPN in 2011 and 2012 generated the two largest audiences for any program in the history of cable television, according to ESPN.