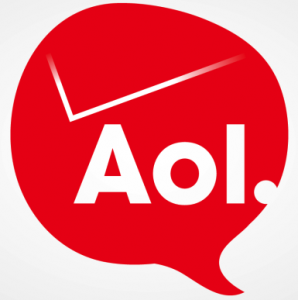 Steve’s breakdown: We told you about this last month but now it’s official and it’s time to pounce on those smaller brands.

NEW YORK, NY: Well, that was fast: Verizon has just announced that it has completed its acquisition of AOL, owner of TechCrunch, purchasing all outstanding shares for $50 per share in cash for a total price of $4.4 billion. The sale was originally announced just over a month ago.

As Verizon said at the time of the original announcement that it was buying AOL, Tim Armstrong, AOL’s CEO, will continue to lead AOL operations. Now we have a few more details of how the whole operation with merge with Verizon’s. Bob Toohey, president of Verizon Digital Media Services, reporting to Armstrong. Digital Media Services is Verizon’s advertising business.

Armstrong in turn will report to Marni Walden, EVP and president of product innovation and new businesses.

There has been a lot of speculation about whether Verizon would choose to keep AOL’s extensive content holdings alongside its advertising and internet subscription businesses, two areas that have a lot of obvious synergies with Verizon’s existing operations.

Sites like Huffington Post have featured especially strongly as sites rumored for sale.  So far there have been no indications that it plans to offload it, or anything else.

(Needless to say, but we’ll continue to report on if and when that changes.)

Interestingly, Verizon seems to be chopping and changing other parts of its business at the same time as it refocuses where it invests resources for future business growth. Today it was also announced that Verizon sold off its CyberTrust SSL certificates business to DigiCert for an undisclosed sum. Verizon will continue to sell these to enterprises as a DigiCert reseller.

The announcement of the deal getting completed was pretty short. Verizon will be providing more detail in a conference call in about a half an hour. We’ll update with more information then. Update: no more detail in the 15-minute call! But… all us AOL employees are apparently getting Verizon tablets as welcome presents…