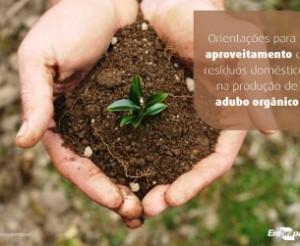 Steve’s breakdown: Whenever we see an international agency review where the incumbent is from the United States, you hear about it.

Helena Chagas is the client.

BRASILIA, Brazil: Brazil is aiming to reposition the country’s global reputation by focusing specifically on its critical agribusiness sector.

The country’s Secretariat for Social Communication (SECOM) is reviewing its international public relations assignment. The $6.5m brief has been handled by FleishmanHillard for the past five years, in conjunction with domestic agency CDN Comunicação Corporativa.

According to tender documents, Brazil’s global visibility has improved in recent years, boosted by the country’s social and economic progress, and its status as host of the next FIFA World Cup and Olympics.

However, it is understood that SECOM is aiming to overcome stereotypes that continue to bedevil perceptions of Brazil and better explain its economic policy amid current challenges.

To do this, SECOM wants to use the country’s agribusiness sector, which accounts for almost 25% of the its GDP, to help ‘modernize’ its international image by positioning Brazil as a competitive and innovative nation.

Under the oversight of state-owned company Embrapa, Brazil has become the largest producer and exporter of coffee, sugar, ethanol, orange juice, beef and chicken. In addition, one out of four agribusiness products in the world comes from Brazil.

It is hoped that the campaign — targeting foreign importers, Chambers of Commerce, universities, research centers, opinion makers and media across the world — will encourage key audiences to view Brazil as a food producer that uses ‘cutting-edge scientific and technological resources’ in the agricultural sector.

It comes as Embrapa aims to bolster investment in the sector, in a bid to improve sustainable agricultural development. Accordingly, the initiative seeks to associate Brazil’s agribusiness industry with scientific innovation and technology, focused on reconciling high food production with sustainability and social inclusion.