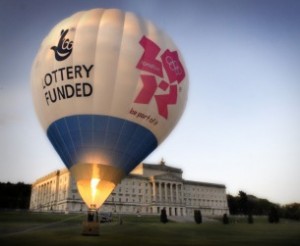 Steve’s breakdown: We got a slow start to the week but we’ll see if we can pick things up. Here’s a PR lead from the UK.

LONDON, UK: The UK’s National Lottery is seeking a PR firm to help reaffirm its importance and contribution to British society, focusing in particular on the £30bn that has so far been raised to benefit good causes.

The National Lottery Promotions Unit (NLPU), a dedicated PR unit that looks to boost awareness of good cause funding, has issued a public tender for the £250k campaign, which will run for seven months starting in September of this year.

According to tender documents, the ‘My National Lottery’ campaign aims to “increase public knowledge of the variety and extent of National Lottery funding to good causes and to encourage National Lottery players to make the link between their spend on lottery products and the impact on communities all across the UK.”

While the National Lottery received improved recognition last year, because of its investment in London 2012 and various elite athletes, the NLPU believes that public awareness of its overall good cause programme is low.

NLPU head of media Michael Thompson told the Holmes Report that while 70 percent of the UK’s adult population plays the lottery, “most would struggle” to name three lottery-funded projects in their area.

“The research we’ve done indicate that people who play the lottery want to know what’s happened to that money,” added Thompson, noting that while other non-profits are struggling in the current economic environment, the National Lottery’s return to good causes has “steadily increased” in recent years, now accounting for 28 percent of lottery income.

To date, this funding has amounted to almost £30bn across 400,000 projects, focusing on improving people’s health and the environment, enriching the UK’s culture and preserving its heritage. “It is no exaggeration to say that the very fabric of the UK has been changed for the better by the National Lottery,” reads the tender. “The successful agency will help us to make National Lottery players feel proud.”

Accordingly, a PR firm is sought for a national campaign that involves a strong digital element, boosting traffic to its new online good causes map and generating media coverage and social media engagement. A focal point will be the size and scale of lottery investment, which has benefited such iconic projects as the Millenium Stadium, Eden Project and Tate Modern.

While the campaign will not seek to boost National Lottery sales, Thompson noted that it could provide “reassurance” to players. “If they don’t win themselves at least around them there will be community projects and people being benefited.”

The NLPU already runs the National Lottery Awards annually to find the best funded projects, while a London 2012 legacy campaign will concurrently attempt to improve understanding of the continued benefits that accrue from the lottery’s $2.2bn investment in last year’s Olympic Games.

The NLPU is a joint venture between lottery licence holder Camelot, the 13 lottery funds distributors and the Department for Culture, Media and Sport. The agency search is being handled by the Big Lottery Fund, the biggest investor of the National Lottery’s 12 funding distributors.