Virginia’s Dept of Rail to give AMTRAK a leg up: $5 Million PR in review

Home Accounts in ReviewVirginia’s Dept of Rail to give AMTRAK a leg up: $5 Million PR in review

Virginia’s Dept of Rail to give AMTRAK a leg up: $5 Million PR in review 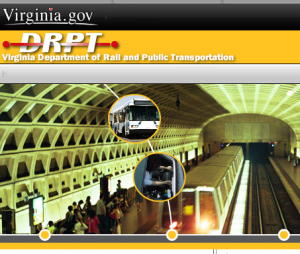 Steve’s breakdown: Multiple agencies will be hired to do all kinds of projects over a three year period. The RFP is due May 20th and you can see at this link!

RICHMOND, VA: Virginia’s Department of Rail and Public Transportation is planning to hire multiple agencies to support several outreach programs. The contracts are collectively worth $5 million.

The state will require the firms to manage and expand marketing activities for the department’s marketing programs, such as those for Amtrak Virginia, Telework!VA, and Try Transit Week.

Virginia will give the winning agencies three-year contracts with two additional option years. Responses to the RFP are due May 20, with an expected award date of June 28.

It was unclear whether there are incumbent agencies working on the contracts. Amtrak Virginia previously worked with Pulsar Advertising on a campaign to promote train service from Richmond to Washington DC and other cities on the East Coast.

A representative from the Department of Rail and Public Transportation did not return requests seeking comment.

In February, the California Department of Transportation granted tmdgroup a $9 million, three-year contract to implement a PR and advertising campaign to promote ridership on the state’s Amtrak lines.