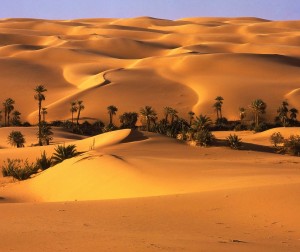 Steve’s breakdown: Lots of companies want in the Libyan economy but they have to communicate how it works.

The client is the Libya’s Ministry of Communication & Informatics and they have issued an RFP. It will help if you speak Libyan Arabic.

TRIPOLI, Libya: The Libyan Government is seeking public relations support for its attempts to liberalise the country’s telecoms and internet industries.

The country, which is emerging from a brutal civil war, intends to open up a restricted business sector that has been dominated by Libya Telecom & Technology (LTT). The company was established in 1997 under the regime of former leader Muammar Gaddafi.

International telcos, including China’s Huawei and ZTE and Middle East companies Etisalat, Saudi Telecom and Qatar Telecom, are understood to be keen on entering the country, attracted by a wealthy market and limited competition. Both of the country’s mobile operators are state-owned, while broadband and internet penetration lag the rest of North Africa.

Libya’s Ministry of Communication & Informatics, formed by the country’s new government last year, has released an RFP that aims to build public support for its plans, which include developing ICT capacity and promoting free enterprise, private sector development and liberalisation.

The one-year initiative requires a range of services, including content creation, media relations, monitoring, media training and digital engagement. It is overseen by Hadi Alghanai, the Ministry’s director of media relations.