Home Industry: SportsBrands Take Note—Soccer Will Become​​ the Top Sport in the US 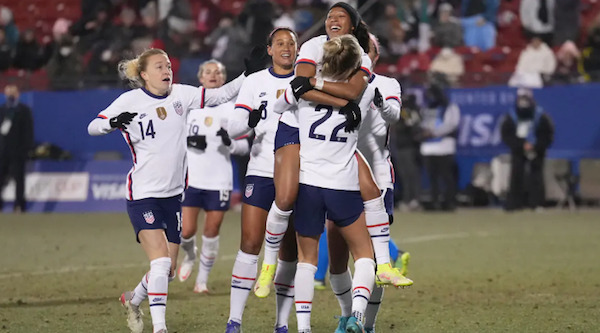 Steve’s breakdown: Sometime we just have to point at an opportunity. Here’s one: Start pitching Soccer in new business pitches because billions of marketing dollars are expected to flow into the US soccer ecosystem over the next decade

EVERYWHERE, USA: If you are in your 20s or older and were raised in the United States, it’s likely you are a die-hard football, baseball, basketball or hockey fan. You may have possibly even been born into a team’s fandom as part of your family tradition. Add to that your college team, and there you have it—a handful of alternating fandoms that occupy your heart (and your weekends), depending on the season.

Well, that’s about to change.

These American sports will always be around and hold a favorite place in your heart. What will change is the way soccer will impact the lives of American sports fans. Brand marketers need to take note of this coming impact soon, or they risk missing out on this huge investment opportunity. In fact, it’s happening already, and here’s why.

American venture capitalists got the memo a while ago

Almost half of the Premier League clubs (the most valuable league in the world) are already fully or partly owned by U.S. venture capital firms, including titans like Arsenal, Liverpool and Manchester United. In the country’s second-tier league, there are already five clubs in American hands—and the same can be seen in all lower-tier leagues.

No other foreign nation has made such a dent in the “English game,” not even if we were to consider the Arab nations combined. This trend is starting to be seen outside of the U.K. too, with traditional clubs like Italian A.C. Milan and Brazil’s Botafogo and Vasco—home to historical legends—being bought by American investment management firms.

Soccer is still very much untapped in the U.S.

There is no bigger consumer market or sports-savvy nation than the U.S., and this is a once-in-a-lifetime, mouth-watering opportunity for brands and investors. Billions of marketing dollars are expected to flow into the U.S. soccer ecosystem over the next decade, while U.S.-owned European clubs double down on their relationship with American fans of the sport.

Once they succeed, all of the other big European clubs are bound to follow their lead and also start paying more attention to their North American fanbase.

Betting, cryptos and NFTs are causing endorsement and sponsorship inflation

These industries are deeply connected to sports and fan engagement. The combination of an avid, untapped consumer-savvy fanbase and the desire of these new-coming players to earn their hearts and minds creates the perfect storm.

A single new multibillion dollar industry is already a dream come true for any sports market. Now imagine three. All three industries are “shopping” for their new consumer base, with the understanding that whoever starts ahead will most likely win the race. Talk about inflation.

This is something the other big four U.S. sports lack. With the European leagues running from August to May and the South American ones from February to December, regardless of time zone or season, you will be very well served when it comes to watching a good (sometimes great) soccer match.

The American battle for TV and OTT rights

American media companies are spending billions of dollars on TV and OTT rights battles for some of the most relevant global and domestic soccer competitions. Some rights have risen as high as 500% from one year to another—like the MLS, U.S. Men’s and Women’s National Team package and the Bundesliga package, both bought by ESPN+.

Even leagues that suffered in past years to rebuild their attractiveness after some sorely missed departures saw an increase in their pricing in the U.S.—like the Spanish La Liga and the Italian Serie A. But the most amazing and eye-opening event this year, when it comes to sports rights acquisition in the U.S., was Peacock paying almost half a billion dollars per year for the Premier League rights, almost three times as much as what they previously paid during their current tenure.

Convinced yet? Well FIFA, the governing body of the world’s biggest game, seems to be, as they’re seriously considering moving their headquarters to the U.S.

Could it be for tax reasons? Other “political” reasons? Perhaps, but they’re smart enough to know that here is where they have the biggest room to grow, and that now is the time when all the stars seem to be aligning.

Brand and media marketers should start watching, learning about and eventually investing in soccer. If it’s not for the (guaranteed) financial return you’ll get from it, at least you will have embraced the world’s most beautiful and passionate sport.