Home Industry: TechnologyA little birdy is about to get a nest full of advertising cash 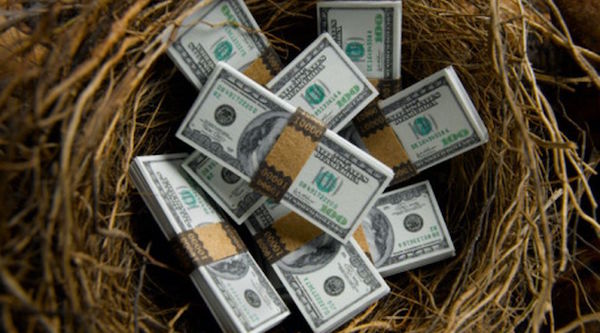 Steve’s breakdown: Angry Birds creator is going public and we suspect some of that $2 billion is going to go towards keeping the momentum going with new advertising.

SANTA MONICA. CA: The angry birds at Rovio Entertainment Oy are set to lay a golden egg for the company’s founders.

The firm is planning an initial public offering as early as next month that could value the maker of the Angry Birds mobile games and movie at about $2 billion, said people familiar with the matter.

The company could raise about $400 million from a local market listing, the people said, asking not to be identified as the details aren’t public. No final decisions have been made and the company could also choose to stay private for longer, they said.

A listing would test investors’ appetite for entertainment software, a group whose shares have declined an average of 18 percent from their offer prices following IPOs this year, according to data compiled by Bloomberg.

That’s because mobile game makers often struggle to replicate the success of initial blockbusters. King Digital Entertainment Plc, the creator of Candy Crush, was acquired for a 20 percent discount to its IPO price in 2015 amid revenue declines. And Netmarble Games Corp., the maker of the Lineage and Stone Age mobile games — and South Korea’s biggest listing in seven years — has declined 17 percent since its shares started trading in May.

Rovio, based in Espoo, Finland, reported revenue growth of 34 percent for 2016 to 190.3 million euros ($225 million) and earnings before interest and taxes of about 17.5 million euros compared with a loss in the previous year. The company, like many game makers, has been searching for new growth after its initial success with the Angry Birds mobile game.

Proceeds from an IPO could help the company fund the “Angry Birds Movie 2,” planned for 2019. The company’s first film in the franchise, released last year, made about $350 million in worldwide box-office sales. Rovio is also focusing on fueling demand for game titles such as Battle Bay and newer versions of Angry Birds.

The company sold parts of its business to Kaiken Entertainment, a startup led by former Chief Executive Officer Mikael Hed and other company veterans, in March. The sale — which included Rovio’s TV animation studio, book publishing business and some non-Angry Birds properties — was part of a reorganization at the company’s animation business aimed at revivinggrowth.