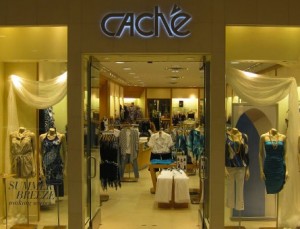 Steve’s breakdown: We got a big hitter coming into Cache who’s worked on brands like J. Crew, Gucci USA, American Eagle Outfitters, Taryn Rose and DSW among others. Expect things to be turned up a notch in the coming months.

Mr. Cohen joins Cache with over 30 years experience working with many iconic brands in management, creative, and brand building roles. These brands include J. Crew, Gucci USA, American Eagle Outfitters, Taryn Rose and DSW among others. As an active entrepreneur and investor, Arnie has been at the forefront of digital generation in web, ecommerce and social media.

He is the founder and managing director of Raspberry Red, a consulting firm, focused on digital strategies and web marketing, assisting small and mid-sized companies with branding, merchandising, operations, finance and ecommerce.

He also developed an early internet/physical store concept Lyte backed by Western Development, AT&T, and EDS. For the past eight years, Arnie has been associated with American Eagle Outfitters as an executive and consultant leading the first mobile concept, creating the original concept that became Martin and Osa, as well as the “back on campus” initiative with a rollout to 50 colleges, including a strong social digital element.

Earlier in his career, Arnie created and directed all aspects of the store concept as the first employee of J.Crew. In addition to directing J.Crew’s store strategy, as President and COO, he led international development with licensing partnerships in Japan and France, as well as the opening of its direct sourcing office in Singapore. Revenue grew four times during his tenure and he built a team of Executives and Managers who have gone on to be true industry leaders.

Jay Margolis, Chairman and Chief Executive Officer, commented “We are so pleased to have Arnie join our senior management team. His love of brand, brand positioning, taste, style, energy and overall marketing genius will be a huge addition to our team. Aligning marketing and online under one team with a clear omni-channel approach is an important step in reaching our long term goals.”

Arnie Cohen, Executive Vice President and Chief Marketing Officer stated, “I am excited to join Jay and his team and take part in restoring the luster of Cache. I believe the scale and platform are just the right size to build upon and see significant potential for growth fueled by Jay’s vision to capitalize on Cache’s distinctive positioning and strong brand awareness with a customer proposition that is not currently served.”

Cache is a nationwide, mall-based specialty retailer of sophisticated sportswear and social occasion dresses targeting style-conscious women who have a youthful attitude and are self-confident. The Company currently operates 249 stores, primarily situated in central locations in high traffic, upscale malls in 41 states, the Virgin Islands and Puerto Rico.