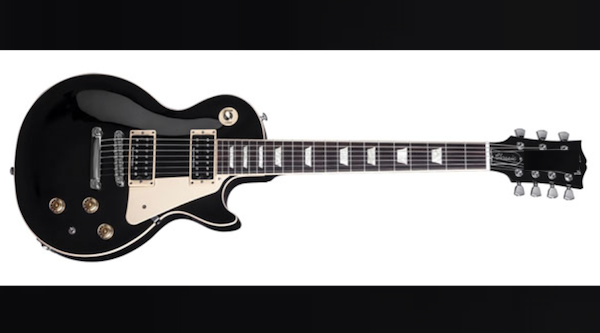 Steve’s breakdown: Bankruptcy will be a thing of the past for the legendary guitar company on Nov. 1. That’s right, Gibson will also have a new CEO, CMO, CFO & CPO.

So, if you know how to play, it’s time to step up to the mic and call these boys!!

The new-look senior team will officially join Gibson on Nov. 1, when global investment firm Kohlberg Kravis Roberts & Co (KKR) assumes majority ownership control of the company, ending its bankruptcy as part of a plan approved less than a month ago. Curleigh and his team will work to reinforce Gibson’s status as a maker of sought after instruments, plus develop new partnerships and growth opportunities “across the core business of guitars and beyond,” the company said.

“As a business leader and a brand builder, this is the beginning of a new era for Gibson that will build on its proven heritage and iconic status,” Curleigh said. “We are focusing on the future and off to a fresh start, with a strong financial foundation, a committed and experienced new leadership team and new ownership that is equally passionate about the brand. As the industry leader, we have an opportunity and an obligation to set the best conditions for success for our brands, our fans, our partners and our own extended team.”

In Curleigh, Gibson has chosen someone who helped guide another once-ailing American brand, Levi’s, through a major resurgence, growing the business profitably every year under his leadership. Prior to Levi’s, he was president and CEO of KEEN Footwear and of the ski company Salomon Sports.

He will be replacing Henry Juszkiewicz in the top role at Gibson.

Gueikian joins Gibson as CMO, overseeing product and its evolution, commercial solutions and marketing strategies. Previously, he founded the private lending firm Melody Capital Management. He has also held senior roles at UBS, Merrill Lynch and Deutsche Bank. “As a business person, a musician and lifelong fan of the craftsmanship and quality of Gibson guitars, I am thrilled to help shape the future of a company whose instruments have influenced my life and the sound of music globally,” he said.

New financial chief Mattoon joins Gibson from Richemont North America, where she served as COO. “With our strong financial position and clean balance sheet, we have an opportunity to build on and expand Gibson’s core guitar business as the company moves into this next chapter,” she said.

Schmitz, the new chief production officer, arrives from KKR Capstone, where he has worked as a member of the transition team at Gibson. “Having worked with the Gibson team for the past year, I am confident we can continue to turn our production focus into a competitive advantage for Gibson,” said Schmitz.

KKR executive Nat Zilkha, incoming chairman of Gibson’s board of directors, said, “JC’s track record speaks for itself — he’s a rock star when it comes to understanding consumers and shaping a marketplace, working with retail partners and building world class brands. JC, Cesar, Kim and Christian bring new energy and vision to Gibson, fueled by authentic passion for the company and music. On behalf of Gibson’s Board of Directors, I look forward to partnering with them to help Gibson achieve its strategic vision and forge a successful, bright future for the Company and all of its stakeholders.”

Gibson initially filed for Chapter 11 bankruptcy in May, with a reorganization plan already in place to allow them to keep operating with $135 million of lent money. Earlier this month the U.S. Bankruptcy Court approved Gibson’s plan to wipe its $500 million of debt and use as much as $70 million to spur its business plan.

Reactions to the leadership changes have begun rolling in:

Joe Bonamassa: “Gibson is an iconic brand of musical instruments that have been played, collected and celebrated by generations of musicians of all styles. Some of the greatest music of the 20th century was written and recorded on a Gibson instrument. The fact that the new management team is filled with music and guitar enthusiasts is critical because the value of Gibson as a brand is based as much on quality musical instruments as it is on pure passion for the instruments themselves. I wish everyone at Gibson great success and look forward to expanding my collaboration with the company.”

Bill Goldstein, Founder of Walt Grace Vintage: “For me it was Gibson, and more specifically the Les Paul, that introduced me to my obsession with the electric guitar. It was definitely Jimmy Page and Ace Frehley and one of their low slung Sunburst Les Pauls that sparked the fire that became an inferno — a lifelong obsession for me. Gibson is not just a guitar brand — it’s part of the threads of America, and really, people in general. I’m really excited to see the brand refocus on its roots — which, simply put, is building guitars that will inspire future generations of guitar players the way it did for me and countless others.”

Mark Agnesi, General Manager of Norman’s Rare Guitars: “Gibson is one of, if not the greatest American guitar manufacturing companies of all-time. I work in the industry. I want the great brands making great stuff. It’s important to me that these manufacturers flourish and continue to make great products for the next generation to pick them up, play with them and fall in love with them. I think new leadership is going to be like a breath of fresh air in Gibson and I’m excited for what’s to come.”