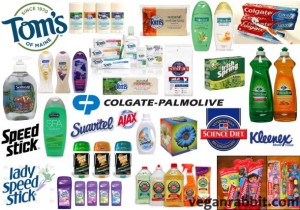 Steve’s breakdown: I smell another global media review . . . OR . . . Y&R should be holding tight whatever creative they have. You choose.

NEW YORK, NY: One more name added to the growing list of Indians who have been given opportunity to lead multi-national FMCG companies. Consumer products manufacturer Colgate-Palmolive Co has appointed Mukul Deoras as its global chief marketing officer.

Deoras has been working as the president of Colgate-Palmolive’s Asia operations, a post being offered to Vinod Nambiar, people aware of the development told the Economic Times.

IIM Ahmedabad alumnus Deoras will be responsible for about $2-billion advertising budget of Colgate-Palmolive from this month.

The world’s largest toothpaste maker, Colgate-Palmolive is focusing more on emerging markets, where per capita usage of toothpaste is low, and making a transition towards more visibility in digital media. Its revenue was flat at $17.3 billion last year.

The development brings three Indians to the top deck at the American major — Deoras, Nambiar and Prabha Parameswaran, who is president at the company’s Africa and Eurasia division. All three executives have earlier worked in senior roles at Colgate-Palmolive India.

Nambiar’s former role of heading the company’s China operations is being taken over by Arvind Sachdev, who was earlier general manager for Colgate-Palmolive’s North Africa-Middle-East hub in the Africa Eurasia division.

A Colgate-Palmolive spokesperson has confirmed the development to the financial daily.

According to a Colgate-Palmolive shareholder presentation in May, the firm plans to earmark 20-25% of its marketing budget for digital media. As per the presentation, Colgate globally leads the toothpaste market with around 45.2% share, while in the toothbrush segment it has around 33.8% share. In India, Colgate leads the toothpaste market with 54.6% share.

Deoras, who had joined Colgate in 2004 from Hindustan Unilever (HUL), has held several top positions in the company—director (special projects) for Asia Pacific region, general manager for Thailand operations, vice-president of personal care business in the parent company at the US, and managing director of Indian operations in 2010. He is currently chairman of the Indian subsidiary.