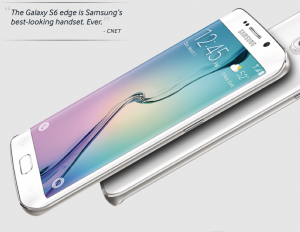 Steve’s breakdown: A conservative company like Samsung would never make this kind of noise about hiring an executive unless there were more changes-a-comin’.

A Samsung spokeswoman declined to comment. Advertising Age reported in March that Samsung was in talks with Mr. Mathieu about an unspecified marketing position, the latest in a series of outside hires for the company’s mobile telecom business as it faces an increasingly tough battle with Apple and others.

Mr. Mathieu, who also couldn’t immediately be reached for comment, appears to have been chosen to replace Todd Pendleton, Chief Marketing Officer of Samsung’s U.S. mobile division, who left in April. He’ll join another Coca-Cola veteran, Pio Schunker, who joined the Korean conglomerate in March as senior VP-integrated marketing in its mobile and information technology business. Samsung has loaded up on packaged-goods vets in recent years, having also brought on former Procter & Gamble Co. executive Vince Hudson last year as VP-marketing strategy and operations for Samsung Electronics USA.

“Marc will be leaving Unilever to join Samsung,” a Unilever spokeswoman said in an email. “We thank him for his achievements here and wish him all the best in his new role.”

Mr. Mathieu came to Unilever in 2011 as the first key outside hire for the team assembled by Global Marketing and Communications Officer Keith Weed. He helped lead the company’s recent global corporate branding effort; its Foundry 50 effort to recognize top ad-tech startups later this month at Cannes; and was a key player in developing the company’s “Crafting Brands for Life” strategy focused on sustainability and balancing creativity with accountability.

In a 2012 interview, Mr. Mathieu said: “If you want to do magic, the first time you’re not going to get it right. You need to rehearse, repeat, learn and get it right. Then you go and show it first to someone you trust, a friend, not someone who will judge you and say it’s stupid. And then when you’re ready, you do your trick in front of 50 people. That’s why we used the imagery of craftsmanship, so people understand that magic doesn’t happen by accident. We should do magic that works.”

Hampton Creek CEO Josh Tetrick on his blog and Facebook posted an email from Mr. Mathieu sent after the suit was filed, but before it was publicized, praising the startup for its innovation and commitment to sustainability. Unilever later dropped the lawsuit.