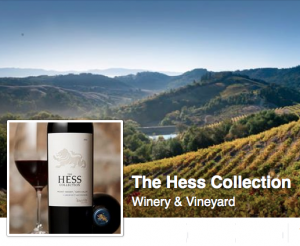 Steve’s breakdown: The new CMO, Nicole Carter, was most recently at Treasury Wine Estates and is a below-the-line advertising specialist so that should be your pitch.

NAPA, CA: Nicole Carter has been appointed Chief Marketing Officer for The Hess Collection Winery, leading the marketing efforts for California based brands of Hess Family Wine Estates, as well as Amalaya and Colomé from Salta, Argentina, and Glen Carlou from the Paarl region in South Africa.

For the past two decades she has served in increasingly responsible management roles at Treasury Wine Estates, including team leadership of Luxury Marketing, Public Relations, Events & Sponsorships, Direct-to-Consumer and Hospitality focusing both domestically and internationally for iconic global brands.

Most recently she served as Vice President, International Marketing, expanding the global market for US wineries in the Treasury portfolio. During her tenure, notable success was achieved, including the opening of several new markets, particularly in Asia. Prior to joining the wine industry, Ms. Carter worked in public affairs, representing several beverage alcohol companies in Washington DC, and later continuing in public affairs in California, serving as Director of Communications for the California Coastal Commission.

“Nicole’s demonstrated success in building and driving successful sales and marketing efforts, along with her passion and wealth of knowledge in profitably building luxury brands, is well suited for The Hess Collection as we continue a new era, celebrating the release of our 30th vintage from Mount Veeder and the next generation of Hess family leadership,” noted John Grant, Chief Operating Officer.

A graduate of the American University in Washington DC, Ms. Carter is a Certified Specialist of Wine and holds additional certifications from the Court of Master Sommeliers, the Wine & Spirits Education Trust and the Culinary Institute of America Wine School in Napa Valley. She has extensive knowledge of winemaking and viticulture, and is an accomplished open water swimmer, including several crossings from Alcatraz Island to San Francisco.

She and her family live in Bennett Valley in Sonoma County.