Great News In The World Of Pitching

Home Industry: For all marketersGreat News In The World Of Pitching

Great News In The World Of Pitching 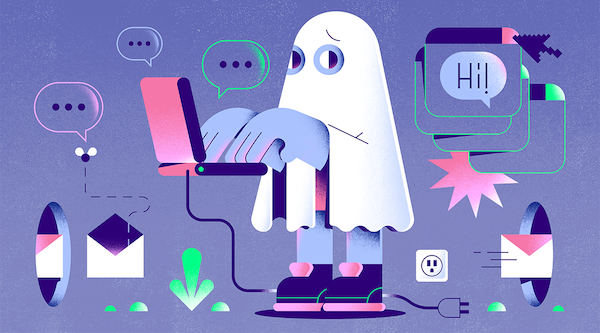 Steve’s breakdown: Well the 4As did something great. They released an agency review participation contract to curb ghosting and other bad practices. As if it wasn’t bad enough to wait weeks for a decision, never hearing anything has got to stop and here’s how!

The document, found here, aims to curb bad behavior by setting expectations for nine key areas that have been an issue for agencies in the past, such as proper communication, clearly defined budget and expectations, internal alignment, process and timing, the confidentiality of materials and data submitted, speculative work, timely and actionable feedback, payment terms, and public commentary.

According to Matt Kasindorf, senior VP, business intelligence and insight at the 4A’s, this new guidance was in response to ghosting and other issues the organization had been hearing from its members, capped by Ad Age’s recent article centered around agency review bad practices.

“If you look across different industries such as management, consulting, legal, accounting, architecture, the relationships between prospects and those organizations tend to be very professional and for whatever reason, there is just such bad behavior that takes place between prospects and agencies,” Kasindorf told Ad Age. “We put this together particularly to address reviews that are being run by marketers themselves. And oftentimes either a marketer may not have experience running an agency search process or may just consider an agency just another vendor.”

Agencies can either use the pdf agreement with 4A’s stamped approval on it or use the Word document version if they would like to edit the agreement to fit their specific needs. While this document isn’t enforceable, it’s important to set expectations upfront which agencies may not always do as do, Kasindorf says.

One agency executive says the guidance can help marketers who don’t have a lot of experience running pitches.

“I find that clients who are running reviews could actually use this type of guidance,” a chief marketing officer at an agency says. “Often many of them aren’t familiar with how a pitch should be done—many procurement folks support a number of departments and agency services is very specific. I think if enough agencies committed to doing this, we might actually be able to help the client community bring forward a better way to find a partner. The process right now is very much one-sided.”

A client’s reaction to the agreement could also serve as a litmus test for which prospects an agency would actually want to work with.

“There’s nothing in here that marketers should, should say ‘I’m offended by this no way.’ And if they do that could be an indication of the potential type of relationship,” says Kasindorf. “One of the things that’s very important for agencies is to really understand which prospects are the right ones to go through the process with. It takes time, resources, tons of energy, and you want to do it for the ones who at the end you really want to have as a client.”

A few agencies polled by Ad Age said they like the concept of the agreement and welcome the idea, but say it could be made stronger with support from the Association of National Advertisers.

“I like this conceptually,” David Fitzgerald, CEO of Fitzco, says. “Anything that acts to bring sanity to the process is good. It would be better if this were a joint ANA-4A’s new business ‘terms and conditions’ endeavor, however—that would insure more client prospect buy-in.”

“I could definitely see using it especially if enough agencies do so that it can become common practice,” says a CEO of an agency who has had negative experiences with client-led reviews. “I think good clients who respect their agencies and want true partnership will be very open to it. It might even become a good way of evaluating clients before you get too deep into a pitch.”

However, at the end of the day it is up to the agencies to stand their ground with marketers, says Nancy Hill, founder of Media Sherpas.

“I respect the 4A’s for coming out with this and I think it’s a great idea,” Hill says. “It would be even better if the ANA joined in, issuing this piece of guidance and it is, as always, up to the agencies to say ‘No’ when a client pushes back. The 4A’s can put out all the guidance they want, but agencies are the ones that have to enforce it themselves. The agencies that I’ve been working with have been pleasantly surprised when they say ‘No,’ how many times the client comes back and either agrees to the things that they said or says ‘Please, please, please, we’d like you to be involved.’”