In Case You Didn’t See in AdWeek

Home Industry: For all marketersIn Case You Didn’t See in AdWeek

In Case You Didn’t See in AdWeek 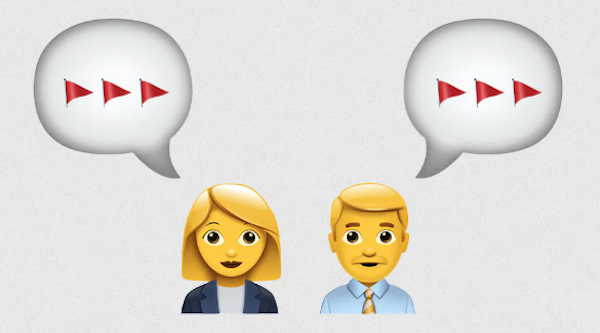 EVERYWHERE, USA: Thanks to a series of tweets from Coinbase CEO Brian Armstrong and the subsequent replies from The Martin Agency CEO Kristen Cavallo, a spotlight was put not just on who owns intellectual property from a pitch, but the whole new business process.

The majority of creative agencies said they’ll no longer play ball with potential clients who request ownership of IP presented during a pitch (according to one source at a media agency, media pitches are a different ballgame—the source said they haven’t been in a single pitch that didn’t require the agency to hand over ownership of the IP to the brand).

“There are few people who believe in a model where an agency pitches [and] the [brand] owns the work,” said Jennifer Hohman, chief growth officer, Dentsu Creative. “Maybe 5 to 10% of clients believe it’s their right to keep work.”

Aside from owning IP, there are a number of issues around new business that the industry needs to solve—together. In the first of a series of stories, Adweek will look at the inner dynamics of new business pitches and how they impact the industry. When delivering a brief to agencies, it’s critical for brands to be transparent about the opportunity for agencies so that there are no unexpected twists along the way. Agencies told Adweek well-composed briefs are one of the best ways to unify an agency and as a result, brands can expect agencies to put their best work forward.

To put into perspective just how much time and energy agencies dedicate to new business, one agency told Adweek it tracked the amount of hours the agency spent on pitching in 2021. The total soared past 20,000 hours—or the equivalent of unbillable hours for 12 full-time employees.

“[Brands] can’t just mail it in and think that all agencies are just going to jump to whatever brief,” said Tom Denford, the CEO of pitch consultancy ID Comms Group. “You have to be a priority pitch if you want to be a priority client.”

Transparency is at the core of nearly every red flag agencies look for when evaluating potential clients, including budgets, briefs, a framework for decision making and expectations.

With financial commitments to a single pitch running six and—in some cases—seven figures, agencies must understand what they’re competing for or else many will walk from the opportunity. Nearly every source Adweek spoke to for this story highlighted the need to immediately see a firm budget.

A clear brief is also a necessity.

“[It’s} a major red flag if we see a brief that comes through and the client really isn’t sure about what they want,” said Hohman. “We also don’t believe that when the brief isn’t clear the clients have an apples-to-apples comparison of what they’re looking at.”

To ensure brands get the best work from agencies, they also need to establish a framework for decision-making. Denford said he encourages agencies to speak up about the importance of commercial terms vs. the agency’s capabilities and cultural fit with the client. He said costs should never be more than 50% of the decision, and advises a 40-40-20 split: 40% costs, 40% capabilities and 20% “is the agency a cultural fit?”

“Just being able to state that [framework] is hugely powerful in a pitch because it stops commercial terms dominating, so it avoids a race to the bottom that causes agencies undercutting each other and over-promising how cheap they can be,” Denford told Adweek.

Establishing expectations for each stage of the pitch is also critical for a fair pitch. Matt Kasindorf, svp, business intelligence and insight at the 4A’s, heard of a recent pitch where the marketers didn’t clearly define the first chemistry session. As a result, three agencies pitched work based on a non-existent brief. Three didn’t. The brand eliminated the three that didn’t.

Other red flags to look for

Agencies prefer two key elements to be as concrete as possible: the timeline of the pitch and the decision makers.

But that timeline can get elongated if all the decision makers aren’t in place—like if there isn’t a CMO in place yet—or if the brand isn’t up front about who will play a role in picking a winner.

Hohman isn’t comfortable with a broad range of decision makers because it’s rare for them all to be aligned on the priorities. It’s impossible for agencies to tailor pitches to dozens of different decision makers.

A lack of clarity over procurement’s role is another obstacle. “If things like procurement exercises are going to play a larger role in the decision making process on the client side, then that should be something that we’re made aware of up front,” said Ben Myers, the head of business development at Johannes Leonardo.

Several agency execs also honed in on one more red flag: Does the prospect client have the same creative ambitions as us?

Elaine Purcell, the chief growth officer at DDB, has a little check list that she ticks off: Do they view creativity the same way? How do they measure that? Have they done great creative work in the past? And if they haven’t, do they have new leaders who have a history of doing great creative?

Power of a good pitch

A well-run pitch for an exciting client is one of the best ways to bring an agency together and boost morale, according to several of the execs Adweek spoke to for this story.

“I don’t know clients fully understand the level of investment that goes into pitching,” McNabb Hover said. To get the best work, clients need to understand that investment and provide an environment where agencies can deliver their best work. “Agencies are as effective as you let them be effective. And they will thrive if you help them thrive.”

Purcell wants the effort to be collaborative. Potential clients that make it clear early on that they are willing to be open and work through and build ideas together will reach the end of the pitch process feeling like they have a sense of co-ownership of an idea. “When we get to the final work, they can sort of see their fingerprints all over it.”

Myers explained to Adweek how one recent pitch established expectations through a pre-meeting, with the ensuing brief laying out a very specific problem to solve. It allowed the competing agencies to prove they could “work and think about communications and their brand in a certain way.” Additionally, the procurement person assigned to the pitch established open communication and guided the agencies on how to structure potential proposals so the agencies weren’t shooting in the dark.

“They took the guesswork out of it and allowed us to operate and behave like we were already their partners,” Myers said.