Home Industry: WeedNew Cannabis Trade Group Aims to be the ‘Got Milk’ of Weed 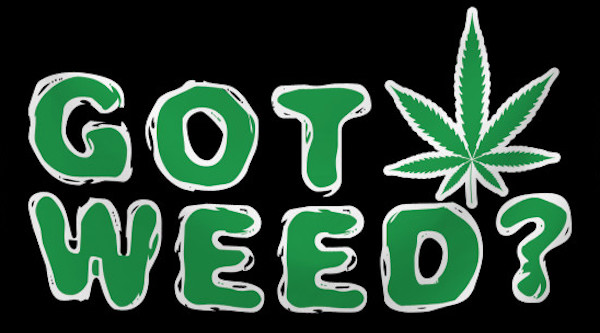 Steve’s breakdown: Cannabis Media Council has a partnership with Hearst Newspapers will put the campaign in mainstream media outlets.

Now your cannabis client or perspective client has a ally so put the petal to the metal!

EVERYWHERE, USA: For anyone who’s ever heard that cannabis is a gateway drug, here’s a baby boomer couple willing to confirm those suspicions, but in a way that’s counter to the old war-on-drugs definition.

These distinguished-looking folks, stars of an upcoming campaign from a newly formed cannabis trade group, have found weed use to be an entree to their younger selves. Pot didn’t burn them out—in fact, it revived their romantic life and left them “certainly feeling randier,” per the ad.

Similarly, a grandma is now “hooked” because cannabis helps her maintain her daily exercise routine, and a gardener can pursue her outdoor passion without pain. And she doesn’t mind at all if anyone calls her a “dirtbag.”

The work—under the tagline “I’m High Right Now”—comes from the Cannabis Media Council, a professional association of about 100 members that aims to be the “Got Milk” of the American weed business. Its goal is to educate the public about the industry and pave the way for brands to break into mainstream media.

Given the restrictions on cannabis marketing—brands can’t buy ads from tech giants like Meta, Instagram or TikTok and are shut out of most traditional outlets—the sales-free pitch for weed wants to build awareness and rebrand the space.

“The benefit of a consumer-oriented campaign, as we move toward federal legalization, is to get people talking and sharing,” Amy Deneson, CMC’s co-founder, told Adweek. “We want it to be category-growing kind of work and a tide that lifts all boats on a national level.”

The campaign purposely zeroed in on boomers and Gen X as the demo “most affected by previous propaganda” about cannabis, according to Allison Disney, a CMC board member who spearheaded the creative via her Chicago-based agency Receptor Brands with an assist from Sister Merci.

“These consumers are open to cannabis in the new regulatory framework,” Disney told Adweek. “But they haven’t crossed over into actively participating yet—they’re mostly getting information and products from friends and family.”

The older generation may not be the hippest consumer segment, but their collective buying power “has the most potential upside for the industry,” Disney said.

Aside from focusing on characters of a certain age, “I’m High Right Now” also intentionally and playfully co-opts negative language and turns it on its ear. A retiree proudly calls himself “a loafer” because he likes to nap in the afternoon. But he’s able to walk the golf course, instead of riding in a cart, and get in his 19,000 steps because of his cannabis use. He did not turn into a lazy stoner, in other words.

And not incidentally, the words “weed” and “cannabis” do not appear in the creative, leaning into an “if you know, you know” sensibility, while leaving little to the imagination in the cheeky text. (The print ads and digital banners do carry the label, “A message from the Cannabis Media Council.”)

A partnership with Hearst

The campaign is launching first in the Connecticut Post as a print piece, given that the state recently kicked off its adult-use cannabis sales. And the daily newspaper is a platform that the demo “knows and trusts,” Disney said.

“I’m High Right Now” will appear in more legacy media via a relationship between the CMC and Hearst Newspapers and its in-house ad and marketing agency 46 Mile.

Hearst, in expanding its own cannabis coverage, now publishes Greenstate, a channel dedicated to the topic to “provide accurate information about the plant, dispel myths and to help readers understand its health benefits and lifestyle options,” according to Rose Fulton, principal of 46 Mile, part of the San Francisco Chronicle.

“While the industry has had limited marketing opportunities, one of our goals at 46 Mile is to give cannabis brands and organizations a platform to reach targeted audiences nationwide and continue to reflect Hearst’s own evolution by opening more representation” through the Hearst publications, Fulton said.

While the CMC officially debuted late last year at the Clio Cannabis awards in Las Vegas, “I’m High Right Now” is its first communication with the public. (Programmatic ads are coming shortly via Surfside, mostly in California markets.)

The group has a multipronged mission, which includes developing best practices for advertisers and publishers and vetting cannabis brands for the publishing companies to make sure they’re part of the legal ecosystem. The CMC will also “make a friendly handshake between a media outlet that wants to connect with a brand and vice versa,” Deneson said.