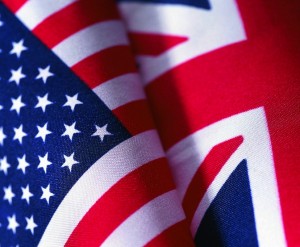 Steve’s breakdown: As the new biz director at M&C Saatchi, I’d offer up our consumer intelligence about how Americans felt about British products and services. I couldn’t set-up presentations fast enough to match the demand. And did we win anything? Bentley Rolls Royce, Royal Bank of Scotland and Financial Times!

Below is a case study on how Amazon Woos Advertisers (AKA your potential clients) With What It Knows About Consumers.

EVERYWHERE, USA: Google built its $38 billion business selling ads based on how people search and browse the web. Facebook, too, uses what it knows about its one billion users to sell targeted ads. But when it comes to what many advertisers value most — what people actually buy, or what they may want to buy soon — there may be no better data than the information in Amazon’s 152 million customer accounts.

Since last year, the world’s largest online retailer has been packaging information on what it knows about consumers so that some marketers can use it to make split-second decisions about where to buy ads online and how much to pay for them. This automated process occurs on real-time ad exchanges that sell ad impressions as a person loads a web page.

When this process began, Amazon used third-party technology, and its experiments were limited. Now it has developed an in-house platform for targeting ads to people who have visited and then left Amazon’s sites, making it likely that the company will open up these advertising services more widely over the next year.

“Today, if you’re browsing the web, you might see an Amazon advertisement based on Amazon’s data. Tomorrow, you may see an ad from Coca-Cola based on Amazon data, and it’ll run through the Amazon platform,” says Jeff Green, CEO of the Trade Desk, which helps guide spending decisions by ad agencies.

Amazon did not respond to a request for comment about its advertising business, and the company does not break out its advertising revenue. But it’s clear that compared to Google and Facebook, advertising has been a relatively small and low-key business for Amazon. It brought in about $500 million of Amazon’s $48 billion in revenue in 2011, Baird & Co. senior research analyst Colin Sebastian estimates. Mostly this came from selling ads on its own websites.

But Amazon could soon generate much more than that with an advertising network that reaches onto many other sites.

For years, Amazon has put algorithms to work in order to recommend products to people who are on its sites. Now other companies are eager to find out exactly how Amazon’s knowledge about consumers can help them find the best audiences for their ads, says Kip Voytek, digital innovation director at the advertising firm MDC Partners.

Amazon would be unlikely to directly give advertisers access to its trove of information about individuals’ browsing, purchasing, and product review histories, both because of its privacy policies and a desire to keep its valuable data proprietary. Instead, Amazon would create target audiences, such as people who recently purchased digital cameras. A marketer selling digital camera accessories could then use Amazon’s technology to bid for the ability to show ads to a person in that category.

Green points out that while Google might have more overall data about consumers, Amazon’s data could be more valuable for advertisers. Amazon has “a pretty clear understanding of the things I buy. They’ve learned a lot about me. Every time I’m convinced I have another medical ailment, I go to Google. But Amazon, what they have is really about my purchase intent,” he says.

Using its data to expand its advertising business could open up new fronts of competition with Google, which also owns a real-time bidding exchange and an ad-delivery network. But Amazon might be mainly interested in using its ad technology to help the retailers that sell products on its sites and through its Kindle tablets and e-readers. Voytek put it this way: “The question that is open: is this Amazon competing with Google or is this Amazon competing with Walmart?”