Top CMO Tweeters of the Fortune 250 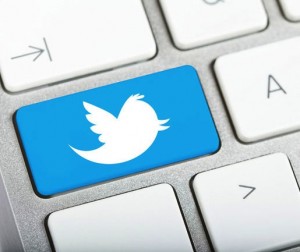 Steve’s breakdown: In our never ending quest to help our members win more new business easier, when we saw this list we had to share. Though tweeting for dollars has not proven to be effective, getting in the conversation has! Go get’em.

EVERYWHERE USA: In a recent MIT Sloan Management Review post, a research study praised Fortune 500 companies for their efforts and progress of becoming more social, noting “the first signs of really embracing a range of social media tools.” Here are the highlights of the report:

The study concluded by noting that in 2012, 23 percent of Fortune 500 firms had neither a Twitter nor a Facebook account. It is a bit surprising that nearly one out of four big companies are still ignoring both Twitter and Facebook — two social networks that have nearly one and a half billion active users. According to my research, Fortune 500 companies may be more social, but their CMOs are not — with a few exceptions.

A Forbes post named Twitter the fastest growing social platform in the world. Research illustrated the 714 percent growth of Twitter’s active users from July 2009 to present. Given the fact that Twitter is the fastest growing social platform in the world, I decided to profile the Fortune 250 companies and determine the social presence of their Chief Marketing Officers (CMOs). One of challenges with this research was many of the companies do not specifically name CMOs or SVP/VPs of marketing. Below is the summary of my findings:

Although It is encouraging to see Fortune 500 companies embrace social networks, based on my research, there is much more work to be done. Big company executives, especially in marketing, services and sales, must increase their adoption of social networking. In today’s connected and knowledge sharing economy, big company executives can learn from customers and partners by becoming more social. It is no longer about B2B or B2C, but rather people-to-people (P2P). Big company executive can humanize their business by collaborating in a more personalized manner. I applaud the 20 CMOs listed here for championing the social revolution within their companies and being social role models for other marketing executives in the industry.