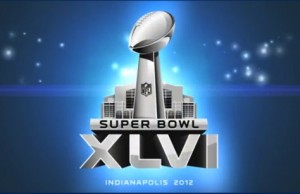 INDIANAPOLIS, IN: So what’s different this year? In the past, marketers would broadcast world preimeres of new creative on the Super Bowl. Last year it was about leveraging social media with the news of a Super Bowl spot. This year companies are leveraging the event by leaking their Super Bowl commercials days beforehand. This makes a :30 spot on the game last four or five days if you include all the ad reviews on Monday and Tuesday. Here how the Ad Biz is covering it:

Chrysler Will Relaunch in U.K. With Super Bowl Spot on Sky

Then there’s this site: Super Bowl Ads for Geeks

So is all this early exposure a good idea? Probably this year but now that everyone is doing it, what’s next year’s best way to leverage the event. Super Bowl spot parties before during and after the game? Who knows but I’m betting it will be even more over the top.

So the question remains; how does this help us win more new business? We continue to believe pitching a Super Bowl-esque campaign to a prospective client is a great strategy and will always be welcome.

Have a great Super Bowl Sunday and Go Giants!!!