12 beer brands have a new life

12 beer brands have a new life 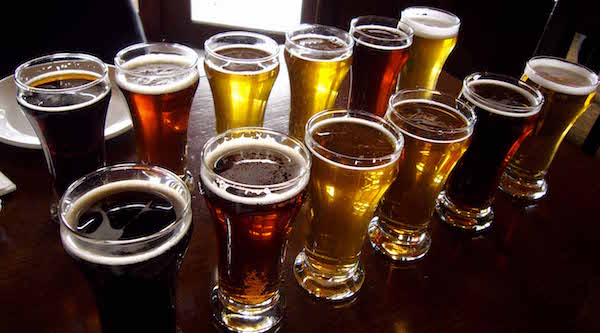 Read for more of the reorganization . . .

NEW YORK, NY: In an effort to “better align” its internal structure with its “long-term business strategy,” Anheuser-Busch has split its “High End” craft and import division into two separate business units.

Announced to employees and distributors yesterday, the restructuring will include the creation of a standalone craft beer division, led by Felipe Szpigel, whose title will change to “president of craft.”

“Today’s announcement is an important step to better align our commercial structure with our new long-term business strategy, specifically as it relates to premiumization and innovation,” Josh Gold, A-B’s senior director of corporate communications wrote to Brewbound via email.

Additionally, a pair of newly-created dedicated sales and marketing teams will work to push A-B’s “Beyond Beer” offerings — like non-alcoholic energy drink Hiball, which it acquired last year, and flavored malt beverage offerings like Spiked Seltzer – in the marketplace.

“We are encouraged by the early signs of growth that have been reported, and believe this new structure offers us the best opportunity to build on the momentum,” Gold wrote.

As part of the changes, fewer than 10 employees were laid off, another spokesperson confirmed to Brewbound.

Additionally, Megan Lagesse, who had been serving as The High End’s director of internal planning and strategy, has taken over as senior director of communications for the craft business unit.

Adam Warrington, who had been leading communications for The High End, has been named the vice president of A-B’s “Better World” strategy, where he will oversee the company’s broader sustainability and alcohol responsibility initiatives.

Meanwhile, A-B’s “Elevate” initiative, which was launched last December and is aimed at making its craft beer and cider companies better stewards of the industry, will continue to receive investment and support from the craft business unit. The Elevate website will also be updated to reflect the internal changes in the coming months, a spokesperson confirmed.

The announcement also comes about 10 months after A-B reorganized its sales organization and laid off as many as 350 employees in the process. A majority of those cuts impacted employees in the High End division.