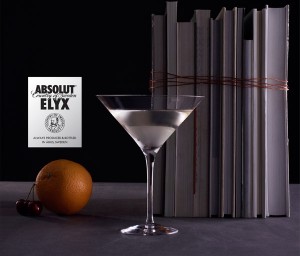 Steve’s breakdown: The Absolut account has been moving around in recent years so this brand extension may be open to serious pitches.

NEW YORK, NY: Pernod Ricard USA, a premium spirits and wine business and subsidiary of France-based Pernod Ricard SA, has made its ABSOLUT ELYX vodka available for purchase in select US markets from April 2013.

Crafted by master distiller Krister Asplund, ABSOLUT ELYX is a blend of 100% hand-selected single-estate wheat and naturally filtered water sourced from Ahus. It is distilled in a copper still dated back to 1921.

The vodka is housed in a bottle shaped like a modern decanter. ABSOLUT ELYX can be used as a base to prepare cocktails like ABSOLUT ELYX ON THE ROCKS and ABSOLUT ELYX MARTINI.

ABSOLUT ELYX vodka is now available in New York, Miami and Los Angeles. The company further plans to launch it in other select US markets soon.

“And, with the luxury market on the rise, ABSOLUT ELYX fits a need in the market for an ultra-premium vodka, which is the fastest growing segment of the vodka category,” Kouchnir added.

“As a result, we are confident about the future of ABSOLUT ELYX in the U.S. market.”

The vodka is available at suggested retail price of $49 per 1l bottle.