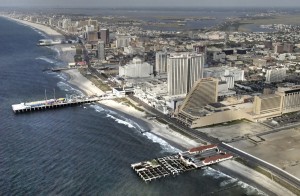 Steve’s breakdown: In January we reported Gov. Christie to Sign Atlantic City Rescue Package. Then we so quaintly reported last week, Badda Bing! Atlantic City Alliance gets a new CEO. Needles to say, we saw this review coming right down the turnpike for a long time. Dick Roth is handling the review so make sure your agency profile is up to date!

ATLANTIC CITY, NJ: Now that a group charged with burnishing the image of Atlantic City has a leader, it’s time to find an ad agency.

On Friday, the Alliance for Atlantic City named former Aramark president Liza Cartmell as CEO. One of her first tasks is to find an agency to “revitalize, rebrand, and reactivate” Atlantic City as a destination for tourists, said Richard Roth, of Roth Associates, the New York consultancy managing the search.

The alliance has budgeted more than $20 million initially for tourism marketing—a role that the group assumed last year from the Atlantic City Convention & Visitors Authority, which will now focus on luring conventions.

The marketing assignment includes creating ads as well as planning and buying media, according to Roth. As planned, the creative will include TV, print, and online ads. The search has just begun, with a request for proposals expected within two weeks.

The nonprofit alliance is a joint venture of private casino owners and the State of New Jersey, which established the group through legislation. The casino owners provide the funding.

That said, the marketing “can’t be all about just gambling,” Cartmell told the Associated Press. “It has to be about all the things there are to do here.”

The alliance hopes to hire an agency by January.