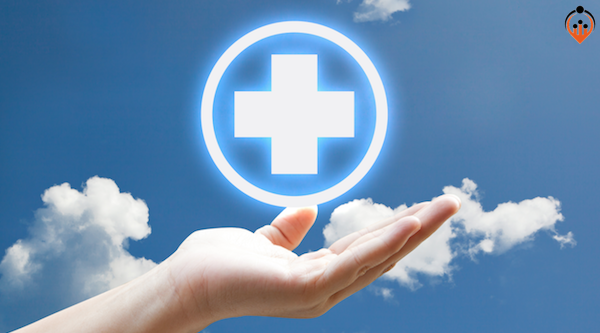 Steve’s breakdown: Like you didn’t see this one coming and didn’t your troops in line . . .  !

GlaxoSmithKline plans to split into two businesses — one for prescription drugs and vaccines, the other for over-the-counter products — after forming a new joint venture with Pfizer’s consumer health division.

The revamp is the boldest move yet by GSK Chief Executive Emma Walmsley, who took over last year.

It will lead to the creation of a consumer health giant with a market share of 7.3 percent, well ahead of its nearest rivals Johnson & Johnson, Bayer, and Sanofi, all on around 4 percent. Walmsley has previously played down the idea of breaking up the group, something that a number of investors have called for over the years.

On Wednesday, however, she announced that GSK and Pfizer would combine their consumer health businesses in a joint venture with sales of 9.8 billion pounds ($12.7 billion), 68 percent-owned by the British company, in an all-equity transaction.

In an interview with CNBC’s “Squawk Box” on Wednesday, Walsmley said the consumer business will still help GSK with cash flow but merging it with Pfizer’s consumer unit will create a company with “significant” scale that can focus on only consumer. Meantime, GSK can keep investing in pharmaceuticals and vaccines.

“This opportunity is truly a unique one in an all-equity deal to create the world’s leading over-the-counter drugs company, a leading consumer health-care company with significant value creation for shareholders,” Walmsley said on CNBC’s ”. ” “But it also allows us to strengthen our number one priority, our pharma pipeline.”

GSK exchanging one type of revenue for another, Novasecta partner says

For Pfizer, the deal resolves the issue of what to do with its consumer health division, which includes Advil painkillers and Centrum vitamins, after an abortive attempt to sell it outright earlier this year.

GSK, whose consumer products include Sensodyne toothpaste and Panadol painkillers, had withdrawn from that earlier Pfizer auction process but Walmsley said the opportunity to strike an all-equity deal cleared the way for the new agreement.

“It’s something we’ve been able to do quickly and quietly,” she told reporters in a conference call.

“What this deal is all about is the opportunity to strengthen two businesses — a world-leading consumer healthcare business and a new GSK that is focused on pharma and vaccines.”

Shareholders welcomed the news and the shares jumped 7 percent, with Jefferies analysts saying the future separation could crystallise value.

The new joint venture with Pfizer is expected to generate total annual cost savings of 500 million pounds by 2022 for expected total cash costs of 900 million and non-cash charges of 300 million. GSK plans divestments of some 1 billion pounds.

Walmsley said there would be an inevitable impact on jobs but there was also an opportunity for cost savings in procurement and across the supply chain.

The Pfizer deal is expected to boost adjusted earnings and free cashflow in the first full year after closing, which GSK anticipates will occur in the second half of 2019.

Pfizer, which already has a long-standing HIV medicines joint venture with GSK, said the transaction would be slightly accretive in each of the first three years after it closed.

The consumer tie-up follows a deal by GSK earlier this year to buy Novartis’s stake in their consumer joint venture for $13 billion and comes as Walmsley tries to reshape Britain’s biggest drugmaker, which has seen its shares move sideways for years.

Earlier this month, she agreed to buy cancer drug specialist Tesaro for $5.1 billion to try to revitalise its pharmaceuticals business, a high-priced acquisition that was poorly received by the market.

GSK has lagged rivals in recent years in producing multibillion-dollar blockbusters and it largely sat out a spate of dealmaking by rivals under previous CEO Andrew Witty.

Seeking to reassure investors of its financial strength, GSK extended its guarantee on the dividend by stating it expected to pay unchanged dividends of 80 pence per share for 2019.

GSK was advised by Citi, J.P. Morgan Cazenove and Greenhill, while Centerview, Guggenheim and Morgan Stanley acted for Pfizer.