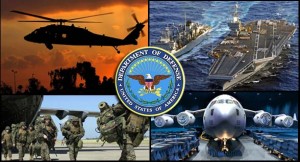 Steve’s breakdown: Here’s a whopper! A $7 million PR account trying to deal with $900 billion in cuts in the budget. Proposals are due Feb. 2. View the solicitation.

WASHINGTON, DC: The powerful Department of Defense division that handles purchasing of weapons and  technology is on the hunt for a communications firm as the Pentagon prepares for a massive spending overhaul.

An agency search open through early February calls for a firm to provide communications and outreach support for the Under Secretary of Defense for Acquisition, Technology and Logistics, include PR, media relations, web work, strategic comms. planning and other outreach.

The Defense unit, known as AT&L, runs all weapons system buying for the U.S. and often has to account for any troubled programs like the F-35 fighter jet, the most expensive Pentagon program in history which has suffered setbacks.

Under Secretary Ashton Carter stepped down from the AT&L post in September when he was promoted to Deputy Secretary of Defense. Frank Kendall, a former Raytheon executive and Army vet, has been acting secretary since October.

The Pentagon has been pegged for as much as $900 billion in cuts over the next decade as President Obama said Jan. 6 that the military will be “leaner” while investing in technology to make armed forces “agile, flexible and ready for the full range of contingencies and threats.”