Egypt Tourism Authority has a problem

Egypt Tourism Authority has a problem 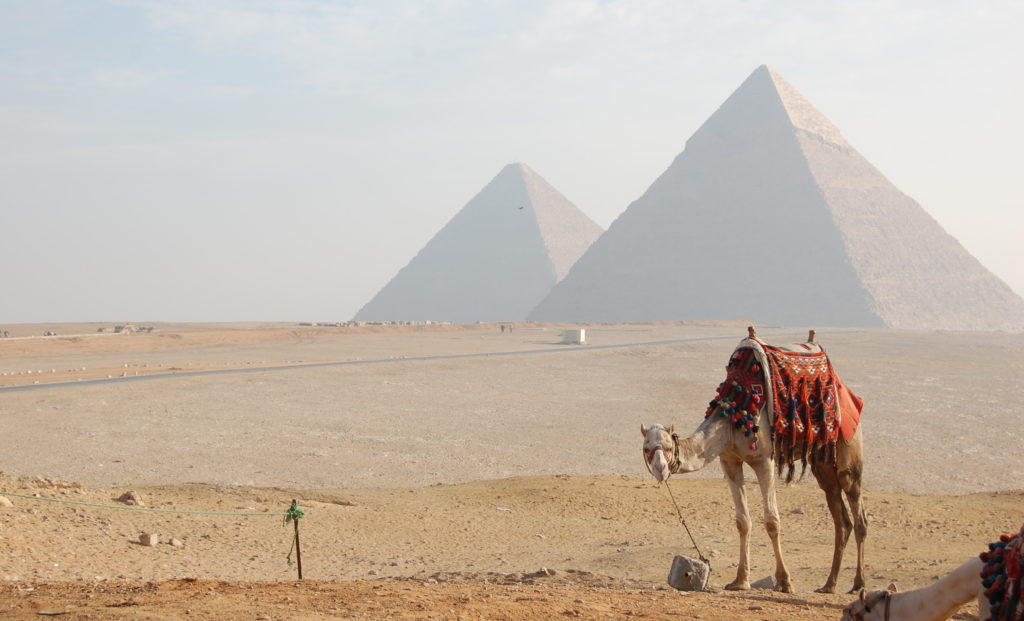 As if the Egypt Tourism Authority had enough problems, todays EgyptAir plane crash on route to Cairo didn’t help.

They could use your expertise right about now.

NEW YORK, NY & CAIRO, Egypt: Obviously we do not know the exact cause of the disappearance of EgyptAir flight MS804 over the Med, but sadly the early signs do all point to a vile act of terror targeting Egypt and France.

Planes are extremely complex machines and of course they do sometimes crash .

But it’s incredibly rare that they do, and it’s mostly during take-off and landing and due to mechanical failure, adverse weather and pilot error.

Only around 10 per cent of aviation accidents are in what is termed the ‘cruise’ stage, when the plane is basically flying itself on autopilot at a cruising altitude of typically 35,000ft to 40,000ft with the flight deck crew monitoring progress and ready to intervene immediately if there’s an issue.

It’s therefore highly unlikely that there would be an incident in that stage of EgyptAir flight MS804, and I would be astonished if this crash is due to a mechanical failure at cruise altitude.

Planes do not fall apart in the sky and indeed the aircraft used for this particular flight – a hi-tech fly-by-wire, European-built Airbus A320 – has a solid safety record and is a short-haul workhorse of the skies with 3,959 of the twin-engine jets currently in service around the world.

Holidaymakers have long been attracted by the glorious antiquities of Ancient Egypt, such as the Pyramids in Cairo and the Valley of the Kings in Luxor, by the relaxing cruises on the River Nile, and by the fabulous weather, luxury hotels and scuba diving opportunities in the Red Sea ‘tourist bubble’ resorts, such as Sharm-el-Sheikh, Taba Heights, El Gouna and Hurghada.

Tourism is absolutely vital to the Egyptian economy – at its peak before the revolution in 2011, which saw the fall of President Mubarak- it employed 10-12 per cent of the workforce and brought in almost £8billion a year.

The tourist industry clearly took a huge hit after the 2011 revolution.

Then the tragic crash of the Russian holiday jet in North Sinai on October 31, 2015 was a hammer blow, as European airlines stopped flying to Sharm el-Sheikh on the advice of governments over fears that security at the airport had been compromised and a bomb was smuggled on board.

And in January three Western tourists were stabbed by suspected Islamic State militants at a Hurghada hotel; thankfully the holidaymakers were not seriously injured.

The Egyptian Tourism Authority and the country’s government have been working extremely hard in recent months to rebuild confidence and demonstrate the country is safe to visit for Western holidaymakers.

Unfortunately, it appears this latest dreadful incident – which has the hallmark of being a vile terrorist attack on both Egypt and France – demonstrates it is probably not; or at least flying there carries a real risk.

Though admittedly we do not know for sure it’s terrorism, or where any device was planted as the plane had flown from Eritrea, to Cairo, then on to Tunis before heading, via Cairo again, to Paris.

If it turns out a bomb was planted at France’s showpiece Charles de Gaulle airport, then that’s a truly shocking development.

Egypt is a fascinating place to visit, and seeing Tutankhamun’s mask and watching the sun set over the Nile and the Valley of the Kings will live long in the memory.

Sadly to me this appalling tragedy looks like it may be the final nail in the coffin of Egypt’s tourism industry, or at least a another terrible blow in the short term.

I do feel many more Western tourists will now stay away – and that’s a desperately sad situation for all the decent people of Egypt.