From our Not-for-Nothin’ Dept: Lairds Applejack

Home Blood in the WaterFrom our Not-for-Nothin’ Dept: Lairds Applejack

From our Not-for-Nothin’ Dept: Lairds Applejack 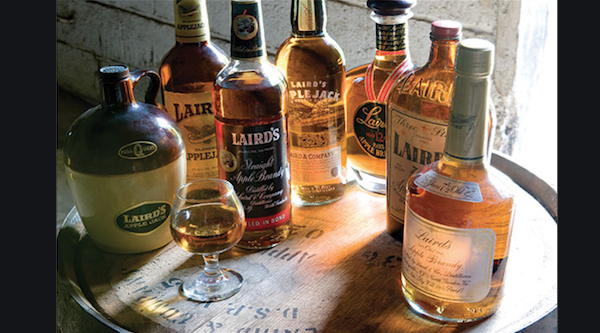 Steve’s breakdown: Lairds Applejack is about to get its ass kicked by Jack Daniel’s Tennessee Apple if they don’t do something quick. The company has ties back to the Continental Army and General George Washington but they never talk about it.

Now Jack Daniels is getting in their lane and I don’t like it. Lairds is located Scobeyville, NJ

LYNCHBURG, TN: Four months after flagging the booming growth of flavoured whiskies in the US, Brown-Forman has lined up the addition of another expression of its flagship Jack Daniel’s whiskey brand in the country. Tennessee Apple, announced this week, is the third flavoured variant in the Brown-Forman stable, joining Tennessee Fire and Tennessee Honey.

Since launching in early-2011, Tennessee Honey has delivered consistent growth for Brown-Forman. Over the group’s last five fiscal full-years (to the end of April), volumes have risen steadily, from 1.35m nine-litre cases in 2015, to 1.8m cases in the most recent 12-month period.

Meanwhile, Tennessee Fire has held steady in recent years. Earning its own line in company reports in fiscal-2018 – the variant was launched in early-2014 – Tennessee Fire has posted annual volumes of around 600,000 cases in the last two years. n the background, the original Tennessee Whiskey has remained robust, growing volumes in all of the last five fiscal-year periods and hitting 13.4m cases in the 12 months to the end of April, 2019.

The apple-flavoured whiskey segment in the US has been dominated by Diageo‘s Crown Royal Regal Apple, which has been in market since 2014. Brown-Forman has shown in the past to be unfazed by such big-hitters, however, pitching Tennessee Fire up against Sazerac Co‘s long-standing cinnamon whiskey favourite, Fireball.

With the latest variant, which hits US shelves this month, Brown-Forman is in a win-win position. Spirits consumers in the country already have a taste for apple-flavoured whiskey. They also have an affiliation with the Jack Daniel’s brand.

Tennessee Apple, then, might not be Brown-Forman’s most adventurous foray into flavours, but it’s certainly the most obvious.