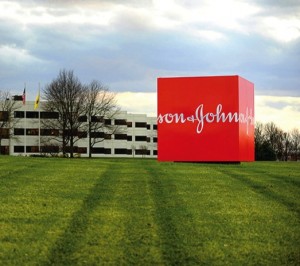 J&J reported $2.6 billion in advertising spending in its 2014 annual report. It joins the three largest global advertisers – Procter & Gamble Co., Unilever and L’Oreal– in conducting media reviews — global in the case of Unilever, North America for P&G and U.S. for L’Oreal.

Among the other giant reviews are Coca-Cola Co., 21st Century Fox, Sony and Volkswagen. Counting J&J, five of the eight largest packaged-goods advertisers in the world are simultaneously conducting media reviews.

“Johnson & Johnson is conducting a global agency review across the company’s consumer, pharmaceutical and medical-device businesses and brands,” a spokeswoman said in an e-mail. “Our goal is to ensure we have the best media capability in strategy, planning and buying against evolved business strategies and marketing frameworks for Johnson & Johnson’s business sectors and brands around the world.”

The review comes only a year after J&J moved its $1 billion-plus U.S. media buying account to Omnicom’s OMD from Interpublic’s J3, a dedicated unit of UM, which kept hold of media planning, the larger piece of the business from a revenue standpoint, then. J&J had previously reviewed its media business in 2012.

Interpublic expanded its role during that round of J&J media assignments, picking up business in the Europe, Middle East and Africa region and holding onto North America. But the holding company has lost much of its creative work with J&J, including a near-simultaneous shakeup of J&J’s creative roster in 2012 that favored J&J and Omnicom shops.