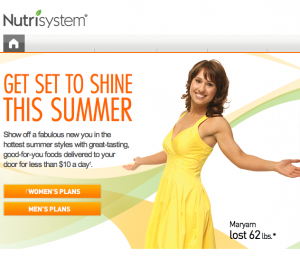 Steve’s breakdown: There’s been a lot of movement over at Nutrisystem and we believe this is a great time to make your pitch.

Here’s what’s happened: The new VP of PR is Robin Shallow and she starts on May 20th. This February we reported “Nutrisystem hires 2nd CMO in 2 years” and last month they hired a new CFO.

Shallow will join the company May 20 and oversee consumer and corporate communications strategies. She will report to Nutrisystem CEO Dawn Zier, who joined the company late last year from Reader’s Digest Association.

Most recently, Shallow was EVP of communications and PR at the social networking service MeetMe for more than a year.

Like Zier, Shallow has a background working at publishing companies. Sheworked at healthy living publisher Rodale as EVP of communications for more than seven years. She also managed communications for titles at Time Inc. such as Golf Magazine, This Old House, and Popular Science, and before that she served as PR director at Sports Illustrated.

“[Shallow’s] experience, consumer sensibility, and passion for this space made her the ideal candidate for this role,” Zier said in a statement.

Nutrisystem is in the midst of a turnaround effort led by Zier after seeing a sales slump in recent years.

Last month, Nutrisystem said it was expanding into retail through apartnership with Walmart, a shift from its previous business model of relying on home delivery. The company plans to sell a 5-day weight loss kit exclusively at 2,000 Walmart stores and expand its in-store offering over the next year.