Sandy’s wave of cash is just off shore

Home Industry: For all marketersSandy’s wave of cash is just off shore

Sandy’s wave of cash is just off shore 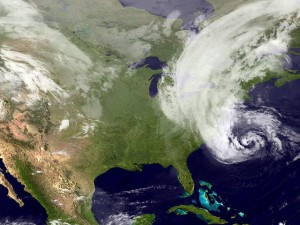 Steve’s breakdown: There’s financial relief coming to businesses that got slammed by superstormSandy. Keep an eye on all these developments because at some point there will be opportunity. And I don’t mean taking government money; I mean advertising the companies that need to tell the world they are still standing.

TRENTON, NJ: New Jersey business owners could share in a pool of $2 billion in grants as part of the state’s request for federal aid to help it recover from superstorm Sandy, Gov. Chris Christie said Tuesday.

The money – part of the Obama administration’s financial aid package it sent to Congress for approval – would give small business owners in particular money to kick-start rebuilding without needing to pay it back.

“Offering a (Small Business Administration) loan may be helpful but may not be able to get them open,” Christie said. “They live season to season. They may already have debt.”

Christie highlighted the proposal during a speech to about 350 people at an annual event hosted by the New Jersey Business and Industry Association, a business lobby.

The association’s members, at least before Sandy hit at the end of October, were showing signs of improved confidence. A recent survey by the group found that they: were reporting higher sales and bigger profits; were more likely to hire; and were more convinced that New Jersey’s business climate, long considered unfriendly, was turning the corner.

For that, they gave Christie lots of credit. The survey found 73 percent of the association’s members said Christie was doing a good-to-excellent job.

The governor during his first term has shown two sides of his personality – one that reaches across the aisle and compromises, and the other that beats opponents into submission. With his re-election campaign underway, Christie said the only way New Jersey can recover from Sandy is if its elected leaders set aside their political differences.

They need “to bring people together to fix the broken state and rebuild all that was lost,” he said. “Any who don’t get on board with that face the real likelihood of seeing the other Chris Christie.”