The Leads in the Wake of Amazon’s Decision 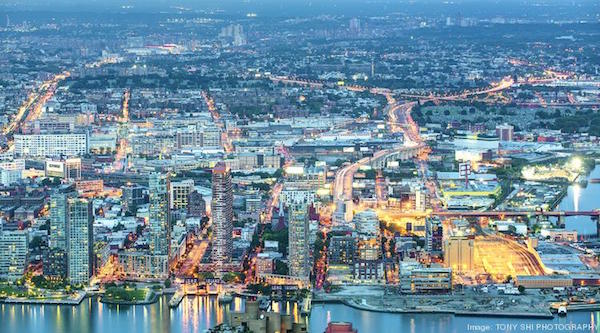 This will change everything and here’s what you might want to be looking at. Real Estate clients! Residential, Commercial, Hotels you name it. So get your broker on the phone and get the inside dirt on what everybody is saying.

LONG ISLAND CITY, Queens: After playing off hard-luck downtowns against sunbelt suburbs and cities all over the country in pursuit of giant giveaways, Amazon apparently plans to split its second headquarters in two, dropping half on Northern Virginia and the other on Long Island City. To put that another way, after dangling the transformative power of a new corporate behemoth, Amazon chose the two cities where its presence will be noticed least. In New York, especially, the number of tech jobs has been rising in the city for well over a decade, so another 25,000 will just sharpen the curve. Last year’s opening of the Cornell Tech campus on Roosevelt Island, a quick ferry ride from Long Island City, made the Queens waterfront an obvious candidate for the sector’s new home base. As it happens, the neighborhood has an oversupply of new apartments and new office space, with more of both on the way, so Amazon could almost move in tomorrow and let its entire workforce commute on foot. Or, as Angela Merkel keeps telling Germans worried about being overwhelmed by new arrivals: Wir schaffen das. We’ve got this.

A few consequences are obvious. Long Island City will be awash with tech types who are insufferably young and highly paid. Also with dogs (6,000 of them show up at the Amazon office in Seattle every day). The price of lunch, rent, and laundry will continue to rise. Waterfront parks will get more crowded. Less predictably, a new Amazon campus could also trigger some new transit patterns that exclude Manhattan completely. It might even revive the idea of the Brooklyn-Queens Connector, Mayor Bill de Blasio’s pet streetcar project, which has been looking more like a fantasy than a plan.

If the new Amazonians spread out along the waterfront between Long Island City and Gowanus, the company could kick in some money to help ease their commute. The company has funded public-transit improvements before, though on a completely different scale. In 2012, it shelled out $5.5 million for an extra streetcar to shorten wait times in Seattle, and last summer it spent another $1.5 million to improve bus service. But that’s pocket change compared to the BQX’s needs. Last September, the de Blasio administration acknowledged that the project, which was originally supposed to pay for itself, could only go forward if the federal government contributed $1 billion to the $2.7 billion budget. That seemed laughably improbable so long as mass-transit- and city-averse Republicans controlled the money faucets. Even with a Democratic House, the prospect of a billion-dollar gift from Washington — or Amazon — seems like a long shot.

So most likely, the second coming of corporate America will get more than it gives. The city and the state can ply Amazon with a still undisclosed cornucopia of tax breaks, baubles, and symbolic tributes, but the company’s employees will quietly be absorbed into the city’s life, adding to the quotient of dog poop, crowded subway platforms, and silly beverage trends.