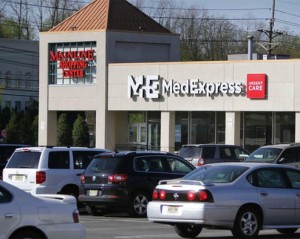 Steve’s breakdown: We’ve been talking about this for awhile. Healthcare and capitalism is blooming and you should “get yours.” Here’s another opening.

Urgent-care centers are increasingly common, staffed by doctors and touted as a way to keep people out of emergency rooms for relatively minor ailments.

“I’m not that smart,” Altschuler said at the Philadelphia Health Care Expansion Summit in Center City, “but I figured there must be money to be made, because [private equity firms] don’t do anything unless there’s money to be made and an exit strategy.”

Children’s turned down the invitations and is trying to get more out of its existing primary-care network while pursuing other experiments, Altschuler said.

First is using its specialty-care center in Mays Landing, N.J., which has X-ray systems and a laboratory, as an urgent-care center evenings and weekends, he said.

Other CEOs on the panel – Larry Kaiser of the Temple University Health System; John Lynch III of Main Line Health; and Richard Miller of Virtua Health – also shared their strategies for this rapidly expanding segment of health care.

For-profit firms see a moneymaking opportunity in the anticipated surge of the insured under the Affordable Care Act. At the same time, urgent-care centers are part of the efforts of nonprofit health systems to spread their tentacles further into the community in a bid to capture patients as hospital admissions decline.

Emergency rooms that contract with Independence Blue Cross, for example, generally charge from $550 to $750 to treat strep throat compared with an average of $110 to $130 at urgent care centers and retail health clinics, according to the insurer.

Urgent-care centers are not new to the Philadelphia region, but there has been a burst of activity since last fall. Several for-profit sites have opened, including Patient First in Montgomeryville, Doctors Express in South Philadelphia, and MedExpress in Cinnaminson.

Nonprofit hospital owners have been active as well. Cooper University Health Care and Virtua have opened urgent-care centers in South Jersey, and Lourdes Health System plans to add urgent care to its new facility in Cherry Hill this year.

In Southeastern Pennsylvania, Temple has recently opened two urgent-care centers, in Northeast Philadelphia and Jenkintown, and plans a third this summer in Fort Washington.

Lynch, Main Line Health’s CEO, was the only one to express skepticism: “Unless reimbursement rates for minor emergencies or for urgent care are enough to support what you need in [delivering] urgent care, I’m not sure you’re going to see the kind of proliferation that some people predict.”

“We’re going to see if that works,” Lynch said.

The event was sponsored by Bisnow, an events organizer and publisher of online real estate information.