With BMW media up, it may be time to attack 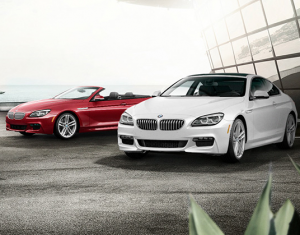 Steve’s breakdown: Not for nothin’ but with all these giant media reviews going on at the same time, if I were a media shop, I’d be all over the smaller clients while the big boys are distracted and fighting it out.

As for this review, there are not too many details so go directly to the client.

WOODCLIFF LAKE, NJ: BMW, the high-end carmaker, has put its U.S. media assignment into review according to sources.

The incumbent, Interpublic’s UM, has serviced the account since winning the client’s last U.S. review in 2009 when it out-dueled the previous incumbent, Omnicom Group’s GSD&M Idea City.

It’s believed that UM will participate in the latest review, although the agency declined to comment, referring questions to BMW. Client reps did not immediately respond to queries about the review.

It wasn’t clear how far along in the process BMW is, or whether other contenders have been selected for participation in the review.

Since that time, Carat won the GM account. That doesn’t necessarily rule the shop out as a contender for BMW, although it might.  UM handled both BMW and Chrysler for a number of years, partly because the brands believed they were targeting different consumer segments.