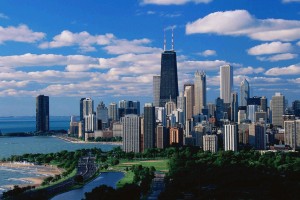 Steve’s breakdown: There’s a new sheriff in town and he is former White House chief of staff, Rahm Emanuel. Things are going to be different from now on so expect big changes in tourism marketing. If you can make the big meeting, do it!

CHICAGO, IL: The Chicago Convention and Tourism Bureau will unveil new initiatives at its annual meeting tomorrow, including a new website, the reopening of several international sales offices and a new sports commission dedicated to bringing athletic events to the city.

Executives will also discuss the bureau’s advertising during winter months — tourism’s slow period — and efforts to tout Chicago during the summer in other states.

The meeting comes at a time when Chicago’s convention industry has been dealt a serious setback. Last week, a federal judge ordered officials at the MPEA, the authority that oversees McCormick Place, to stop implementing work rules the city imposed last year to make Chicago more attractive to trade show organizers.

In March, U.S. District Judge Ronald Guzman ruled that the new rules violated federal labor law. Last Wednesday he denied a request by MPEA officials to keep the rules in place while they appeal his decision.

The rules, which among other things allow exhibitors to set up their own booths and change labor overtime provisions, were implemented in response to trade show officials’ complaints that Chicago was more expensive than its convention city competitors.

According to the CCTB, Chicago’s visitor industry produces more than $11 billion in direct spending and $616 million in tax revenue and generates 124,000 jobs.