Ford is about to do something really stupid: Someone please save them

Home Blood in the WaterFord is about to do something really stupid: Someone please save them

Ford is about to do something really stupid: Someone please save them 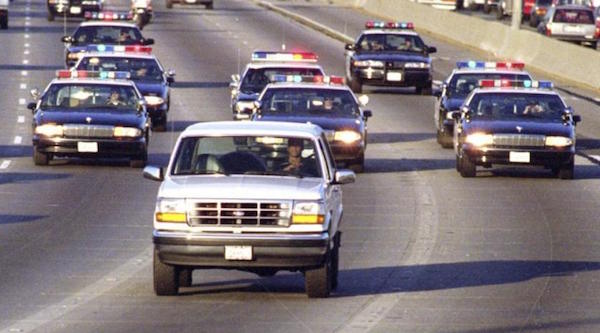 Steve’s breakdown: You tell me what’s wrong with here. “Ford plans to unveil new Bronco — on O.J. Simpson’s birthday” That would be July 9th.

Someone’s head is going to roll. See if you can find that guy. (and you know it’s a guy!! A really stupid guy)

DEARBORN, MI: Ford Motor Company is bringing back the SUV infamously used as a getaway car by O.J. Simpson — on the disgraced football star’s 73rd birthday.

The car manufacturer will unveil the 2021 Ford Bronco on July 9.

A Ford rep said the launch date was “purely coincidental” but the company has no plans to change it.

“We’re going to reveal Bronco just like we said we would on July 9,” rep Mike Levine told the Detroit Free Press.

After an 11-month trial, Simpson was acquitted of the murders of his ex-wife, Nicole Brown Simpson, and her friend Ron Goldman.

A civil trial later found him responsible for their deaths.

Despite a brief uptick in sales after Simpson’s failed escape, Ford discontinued the original Bronco in 1996, after a 30-year run.