Make like a lifeguard to rescue these fabric care brands 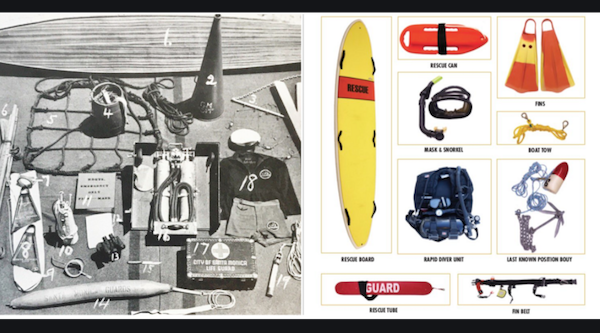 Steve’s breakdown: Here’s how I tweeted this news yesterday: @ProcterGamble pilots new #advertising agency model in search for creativity. This is a ridiculous idea! @WeAreSaatchi, @InterpublicIPG, @greygroupamea, @WPP, @MMCtweets & @Omnicom should all know better to participate in such folly. This will hit the fan!

In other words: There’s going to be a boatload of pissed off agency people dealing with this cluster you-know-what and the work is going to suffer. This will piss-off the brand people and they will be jumping off that stupid agency boat in droves.

Be at the ready to rescue a few accounts.

Read about their plan below.

P&G, the world’s largest advertiser, continues to try to shake up marketing, which has been evident in its efforts to demand greater transparency in digital marketing and in previous moves that, like this latest push into new agency models, are designed to cut costs from the marketing process. The company’s focus on revamping how marketing is done comes at a time when some of its brands face sluggish sales and investors like Norman Peltz, who now sits on the P&G board following a proxy fight, have called out the company for its lack of innovation in marketing, among other areas.

P&G’s Chief Brand Officer Marc Pritchard has accused agencies in the past for operating with an outdated model that dampens creativity In this light, the three new agency models currently being piloted appear to be an attempt to enhance creativity. P&G was inspired to form the new agency models following the success of its Super Bowl campaign, “It’s a Tide Ad,” which the company produced using creatives from different agencies, according to Ad Age. The campaign, which cleverly hijacked nearly every Super Bowl ad and was one of the most talked-about campaigns from the game, demonstrated how different agencies could work together and get results. With creative from Publicis Groupe and strategy by Hearts & Science, a series of Tide ads amplified the brand’s social media engagement, including pre-planned celebrity tweets arranged by independent PR agency Taylor.

The new proposed agency models are also an effort by P&G to cut costs and create more efficiencies in its marketing strategy. The move is in line with the company’s previously announced plans to consolidate and upgrade its agency capabilities by reducing the number of agencies it works with by 50%, which would save $400 million. P&G had already cut the number of agencies it uses by 60%, saving $750 million in agency and production costs and improving cash flow by more than $400 million.

The initiatives will also help P&G continue its commitment to higher quality content and more transparency by giving the CPG giant more control over its campaigns and the ability to better measure results and ROI on marketing spend.