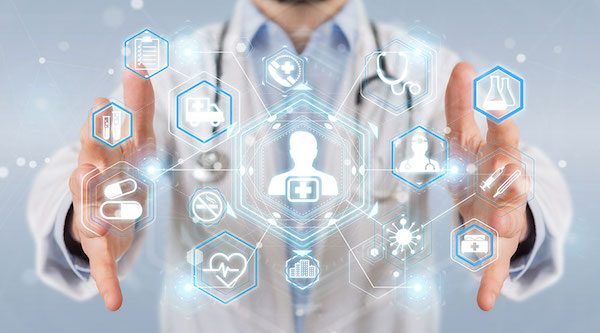 Steve’s breakdown: They are saying that Sam’s Club’s new offering is a likely healthcare disruptor and we don’t think their present agency handling the retail part of the account will be a good fit. What do you think?

BENTONVILLE, AR: Sam’s Club recently announced it would be expanding its role in health care from pharmacy service to programs offering first-level preventive care for its members. It will do this by offering prepaid, bundled health services that customers can take advantage of at will.

This move is another step toward Sam’s Club becoming a larger provider, and ultimately disruptor, in the space by providing access to the most basic level of care in a very affordable way.

Sam’s Club is building its retail [experience], having moved into the pharmacy business a number of years ago, a business that has been highly successful.

People who don’t have insurance have to pay out of pocket, as do those with a high deductible. Providers struggle to provide the most basic levels of preventive care. This [Sam’s] type of program makes these services accessible, especially for people in remote areas, who will now be able to get care using digital technology, and potentially on the premises where they already go to shop.

The other winner is the prepaid cards. People who go to the doctor and have to pay out of pocket are less likely to go, but if they’ve already got a prepaid card, they will be more apt to use the services.

Initially this likely won’t be a profit center for Sam’s Club. But pharmacies don’t necessarily make money on prescriptions; they make it on all the other things that people buy. This program is one more reason to make Sam’s Club the focus of their household universe.

The disruption here is that Sam’s Club is pulling away from the independent practices and health systems of primary care. Ultimately, if there’s a population in a town where there’s a Sam’s Club, regional health providers had better be figuring out how to partner up with Sam’s Club, and make them part of their network. If their patients are going to go to Sam’s Club, they have to be sure they’re aware of it, and even encourage it, because there are quality indicators tied to the delivery of that primary type of care. If there’s a local health system, this is going to be a negative if they don’t partner with them, because it’s going to start to pull services away from them.

Sam’s Club has stepped in front of these providers and said, “I now own the first layer of the patient.” This could lead to partnerships with hospitals, or they could start building out their own medi-clinics in their own retail facilities.

Tele-health, which is the basis for this type of program, is a paradigm shift for most people. Most people feel they need to see a doctor, even though we complain, when we see one, that we have to wait in line and they only see us for 2 minutes. The problem with tele-health is initial adoption, but once people start using it and realize how simple it is, they’ll become believers about the improved access they’re able to get. Get a doctor’s visit for a dollar? That’s good news. Hospitals and health providers don’t promote tele-health because they don’t get paid as much as when somebody walks in the door. Again, rural areas tend to be doing the best with tele-health.

High deductible health plans are viewed as catastrophic health plans. I’m only going to make use of those if I break my leg or have major surgery. For a routine exam or other basic services, I pay out of pocket. So this trend is filling in that gap, and making it easy and affordable for their customers to go in and get those base-level services. One example is lab testing for diabetes. A huge portion of our population has diabetes and don’t know it because they don’t want to, or can’t pay for the testing.

Sam’s Club is in a primary position with their customers’ health care, which puts them in a position to dictate additional levels of care. Patients will listen to the doctor who’s standing in front of them—even better if it’s where they already go to get their food, clothing, and medications.