Someone was listening to our account review prediction: Orbitz

Home About The Ratti ReportAgency Reviews we've PredictedSomeone was listening to our account review prediction: Orbitz

Someone was listening to our account review prediction: Orbitz 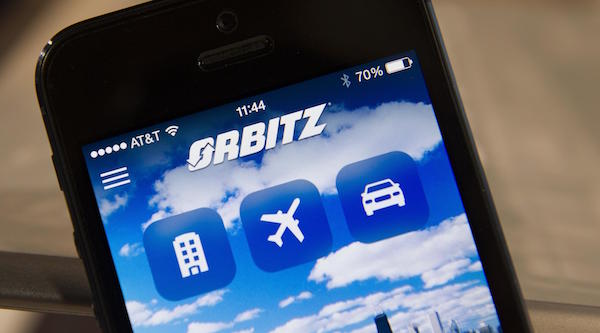 Steve’s breakdown: As you can see in the featured image, back on December 5th we told our members 1 or 2 of Expedia’s brands would change agencies. (See entire post at the bottom of the page) Well here we are and Orbitz went into review and has been won. Keep in mind, there might be another brand up for grabs so stay on this company.

BECOME A MEMBER of RATTI REPORT

The Wasserman-owned agency will be tasked with differentiating Orbitz’s offerings in the travel space through integrated marketing, with a particular focus on its rewards program.

Laundry Service’s first task will be to roll out a new 2020 brand campaign for Orbitz sometime in March. The campaign will focus on communicating Orbitz’s loyalty program and span branded content, digital advertising and social media. The agency says there are plans to evolve the campaign throughout the year to tap “into relevant travel moments for the brand’s audience.”

“Laundry Service impressed us with their ability to deliver digital-first thinking that breaks through the clutter and clearly articulates our value proposition to customers,” Carey Malloy, director of Orbitz brand marketing, said in a statement.

Havas previously handled creative, digital, social and media for Orbitz. The agency confirmed it did not try to defend the creative business but will continue leading media duties. Orbitz had hired Havas as its AOR in 2018, with the goal of creating campaigns to make its brand relevant again.

“We are proud of the work and results we achieved during our partnership with Orbitz and are happy to continue as the media agency for both Orbitz and Travelocity,” Paul Marobella, chairman-CEO, Havas Creative North America, said in a statement. “While we’re disappointed the relationship didn’t work out, we chose not to compete in defending the creative business.”

Like Laundry Service, Havas had also been tasked with differentiating Orbitz from the increasingly competitive travel category.

Expedia—which owns Orbitz, Travelocity, Hotels.com, Hotwire and Trivago—competes with companies like TripAdvisor, Priceline (which owns Kayak, Booking.com and Cheapflights) and even Facebook and Google; the tech giants may not exclusively operate in travel but Americans are increasingly turning to them to plan their trips.

Google, which eliminated its Trips app last year in favor of revamping its Maps app and Travel site instead, outpaced Expedia as the No. 1 source travelers use when booking trips in 2018, according to a study from travel and hospitality marketing firm MMGY Global.

It is probably most known for being the former AOR to Papa John’s; the agency resigned that account after the pizza chain’s disgraced ex-chairman and founder John Schnatter used a racial slur on a media-training phone call with the agency’s team. Schnatter sued Laundry Service and Wasserman in December for breach of contract, tortious interference and emotional distress over the recording and leaking of the training call at issue. The agency has filed a motion to dismiss the case.