Steal this account: Luxury player in the phone biz

Steal this account: Luxury player in the phone biz 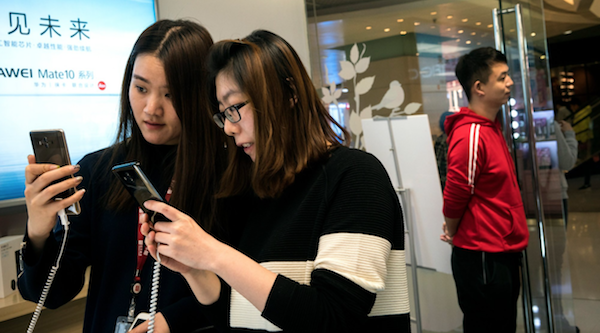 Steve’s breakdown: So the $1000 Mate 10 Pro phone is in talks with AT&T to launch in the USA. They have a few other continents to hit first but we suspect they’ll need some home-grown expertise there in the states. Get the team on it . . .

SHENZHEN, China: The phone takes dazzling photos and sports advanced artificial intelligence. Its display stretches gloriously from edge to edge. And at nearly $1,000, it pushes into eye-watering territory on price.

But the Mate 10 Pro isn’t the latest high-end offering from Samsung or Apple. It comes from China — a country that, for all its growing sophistication in technology, has yet to produce a name like Lexus, Canon or Samsung that consumers around the globe associate with premium quality at premium prices.

Huawei Technologies, the new smartphone’s creator, thinks the world is ready to pay top dollar for a Chinese product. It is rolling out the Mate 10 Pro — plus two sibling devices, one less expensive and lower spec, the other pricier and sleeker — in Europe, in the Middle East and elsewhere in Asia. And it is in talks with AT&T to offer the phones in the United States, according to a person familiar with the matter who asked not to be named because the discussions are not public.

In technology, China is no longer the land of knockoffs and copycats. Its labs are racing ahead in artificial intelligence, quantum computing and other frontier fields. Its internet companies are in the vanguard in devising ways to upend retail, finance, transport and other industries using mobile technology.

The trouble is getting the world to recognize all that. China wants to upgrade its economy by selling the world higher-value goods such as cars, jetliners, advanced electronics and more. Famous brand names can help open up new markets and convince global customers that Chinese products are as dependable as American, Japanese or South Korean ones.