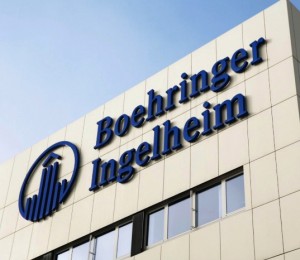 Steve’s breakdown: Watch the nightly news and you’ll know how much pharma companies spend on COPD treatments. This one is from Boehringer Ingelheim Pharmaceuticals who has had agencies such as Publicis Kaplan Thaler, Sawtooth, Saatchi & Saatchi and Draft.

Tiotropium-olodaterol is indicated specifically for the long-term treatment of airflow obstruction in patients with COPD, including chronic bronchitis and emphysema, but not as a therapy for asthma or acute deterioration of COPD.

Olodaterol, a long-acting beta-agonist, improves airflow within 5 minutes. However, it does not replace the use of a rescue inhaler, according to the FDA. Tiotropium is a long-acting anticholinergic.

The components of the newly approved drug appear separately in two other products from Boehringer Ingelheim, using the company’s Respimat spray technology: olodaterol in Striverdi Respimat and tiotropium in Spiriva Respimat. Both are maintenance treatments for chronic COPD.

The combination of olodaterol and tiotropium significantly improved lung function compared with either drugs alone in clinical trials involving more than 5000 individuals, according to the FDA. Nasopharyngitis, cough, and back pain were the most common adverse reactions reported.

A boxed warning on the label for tiotropium-olodaterol states that long-acting beta-agonists such as olodaterol increase the risk for asthma-related death. It notes that the safety and efficacy of using tiotropium-olodaterol to treat patients with asthma has not been established and that the drug therefore is not indicated for this condition.

More information on tiotropium-olodaterol is available on the FDA website.