$52 million to be spent on reorg of Pinnacle Airlines

Home Industry: Travel$52 million to be spent on reorg of Pinnacle Airlines

$52 million to be spent on reorg of Pinnacle Airlines 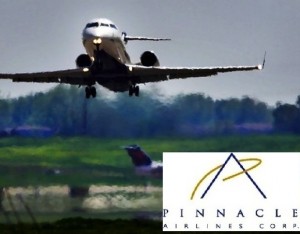 Steve’s breakdown: Pinnacle has three brands but it is not clear if those will live or not after this gets sorted out. I’d check into it if your interested.

Pinnacle also plans to move its headquarters from Memphis to Minnesota by the end of this month.

Atlanta-based Delta last year gave Pinnacle $74.3 million in financing and said it would add to the Pinnacle fleet 40 CRJ-900 76-seat regional jets that it is buying from Bombardier Aerospace.

The airlines earlier this year reached the deal for Delta to own Pinnacle as a subsidiary with a separate operating certificate after Pinnacle’s Chapter 11 reorganization. Delta agreed to invest $52 million for Pinnacle’s emergence from bankruptcy.

Pinnacle has 4,900 employees, 181 regional jets and 1,000 daily flights around the country and in Canada. But at Hartsfield-Jackson International Airport, it carries less than 2 percent of the passengers.