Celsius burns calories and is a hot lead

Celsius burns calories and is a hot lead 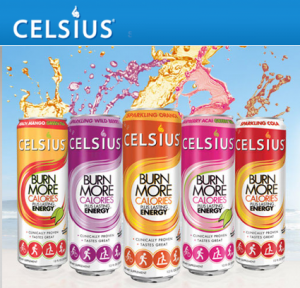 Steve’s breakdown: Normally we don’t report on a new company board member because that’s not the type of thing that sparks a marketing review. But when there are three new board members, all with marketing backgrounds and connections, we take notice! . . . and so should you

Kevin Harrington has been in the Direct Response business for over 25 years and has long been acknowledged as the pioneer and principal architect of the “infomercial” industry. Mr. Harrington has launched over 500 products, resulting in $4 billion in sales and 20 products that reached individual sales of over $100 million. He  was a member of the investor  panel for the hit show “Shark Tank” on ABC and recently released his book “Act Now: How I Turn Ideas into Million-Dollar Products.”

Mr. Harrington founded Quantum International, Ltd. in the mid 1980s, which merged into National Media Corporation in 1991. Under his leadership as President, National Media reached $500 million in annual sales, distributing in over 100 countries and 20 languages. This company’s success has been chronicled in a case study at Harvard/MIT called “The Rise, the Fall and the Rise of Quantum International,” by which students have been taught over 12 years what it means to be a grassroots entrepreneur in a fiercely competitive industry. Kevin was also CEO of several other entrepreneurial companies including HSN Direct, a joint venture with Home Shopping Network, in 1994 and Reliant International Media in 1997.  He is also proud to have founded two of the most important global networking associations, the Entrepreneur’s Organization and the Electronic Retailing Association.

Kathleen M. Dwyer is a seasoned Consumer Packaged Goods (CPG) executive with 25 years of increasing responsibility across finance, strategy, and accounting roles. Before retiring in 2010 after a 21-year career at PepsiCo and Pepsi Bottling Group (PBG), Ms. Dwyer held the role of Vice-President of Strategy, reporting to the Chairman and CEO.  In that role, Ms. Dwyer worked with the company’s operating presidents in the U.S., Mexico and Europe on multi-year strategic plans focused on driving growth in existing businesses and recommending new business opportunities. Prior to that, Ms. Dwyer held positions at PBG’s corporate headquarters including Vice President, U.S. Planning and Vice-President, Worldwide Performance Management.  Ms. Dwyer began her career at Pepsi in the field accounting group and after several rapid promotions led the finance function for Pepsi’s western division, a $1.3B business unit in Pleasanton, California.

Ms. Dwyer holds a B.S. in Finance from the University of Illinois and an M.B.A. from Pepperdine University.

Nick Castaldo’s career spans over 30 years and has focused in consumer service businesses including chain restaurants, banking, and retailing. He has worked in a variety of organizations – public and private companies, multi-nationals and start-ups. Mr. Castaldo was President of Anthony’s Coal Fired Pizza, a start-up restaurant concept, for three years and currently serves as Senior Vice-President/Chief Marketing Officer, Equity Partner, and member of the Board of Directors. The company is based in Ft. Lauderdale with over 35 locations and is expanding in Florida and the Northeast.

Mr. Castaldo holds a B.S in Marketing from St. John’s University and an M.B.A from Harvard University

“Celsius is thrilled to announce the appointment of Kevin Harrington, Kathleen Dwyer and Nick Castaldo onto its board of directors,” said Bill Milmoe, Board Chairman of Celsius Holdings, Inc. “With their extensive business background and industry relationships, we expect that these three business leaders will prove to be excellent additions to the board.”

Celsius also announced the resignation of Richard Swanson, who has been a Director of Celsius Holdings since December 2009. Mr. Swanson has been a principal of the Swanson Group, a consumer products sales and marketing firm since 1998.  “We would like to thank Richard Swanson for his many contributions and support. He has been a tremendous asset to the Board” noted Milmoe.